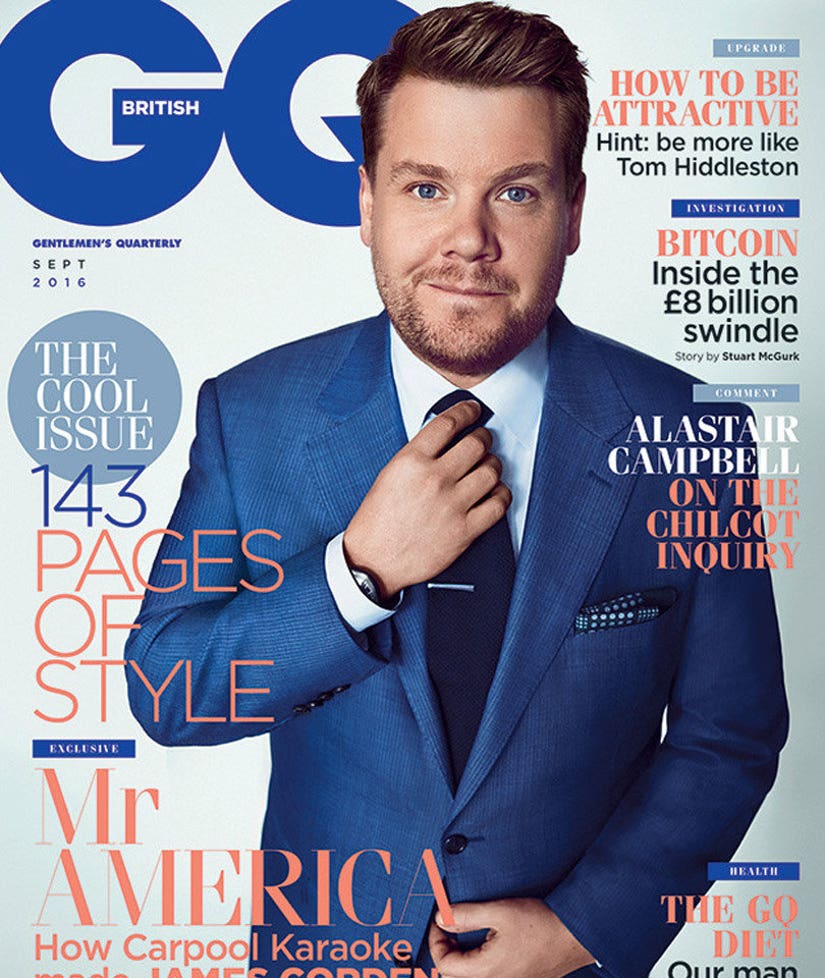 The British comedian covers the new issue of British GQ, where he opens up about his hit "Late Late Show" segment, "Carpool Karaoke."

"Kanye has been booked to do Carpool Karaoke now twice and both times something came up," he tells the mag. "He'll do it eventually. He wants to do it."

"[When he cancelled he sent] about three dozen white roses, of course," he adds. "Arranged in the shape of a cube. What could be more Kanye than that?"

While he's already had appearances from the likes of Sia, Justin Bieber, The Red Hot Chili Peppers, Adele and more, his dream guest is none other than Queen B herself, Beyonce.

"[The dream would be] Beyoncé," he reveals. "It would break the internet. She's on tour right now. We're working on it."

While Corden has quickly become one of America's most beloved comics, he says he did receive some flak from the U.K. before he launched his show in the U.S. ... noting that there was an "expectation of failure."

"I've come to the conclusion that it is about class," he explains. "Look at my career: I was in a really good play at the National Theatre, The History Boys, which then moved to Broadway and won six Tony awards. We came back. I wrote a sitcom (Gavin And Stacey) that did really, really well. I did a couple of films, got a play in New York, One Man, Two Guvnors, and subsequently won every best actor award going. I mean, that's quite a lot of good stuff!"

"I fear acting is becoming an elitist sport and I worry about where that lands us culturally. I really do," he adds.

Nevertheless, James has continued to work on his career and himself. "I do a dance class three times a week, something called PlyoJam—it's dance using plyometrics," he says. "I lost 70 lbs. I want to lose another 30 lbs., maybe two stone by the time I'm 40—that's two years away."

What do you think about Corden's candid comments? Sound off below and check out the gallery above to see more leading men then and now!