We're getting to see how much "Bachelorette" stars JoJo Fletcher and Jordan Rodgers actually know about each other.

On Monday's finale of "The Bachelorette," JoJo picked Rodgers for the final rose and the former football star proposed. The cute couple have already started their press tour and appeared on Monday night's episode of "Jimmy Kimmel Live," where they played a hilarious round of the Newlywed Game.

While both reality TV stars were able to name one of their childhood friends and each other's favorite song (sort of), when it came to naming each other's grandparents, they both drew blanks.

"That's a bump in your road," Jimmy Kimmel joked after each star failed to answer the question. "We need to work on that," JoJo explained.

And for the final question, Kimmel asked the pair to name each other's favorite sports team. "Maybe you guys need to stop watching so much Netflix and pay more attention to each other," Jimmy said, as both JoJo and Jordan looked unsure of their answers. 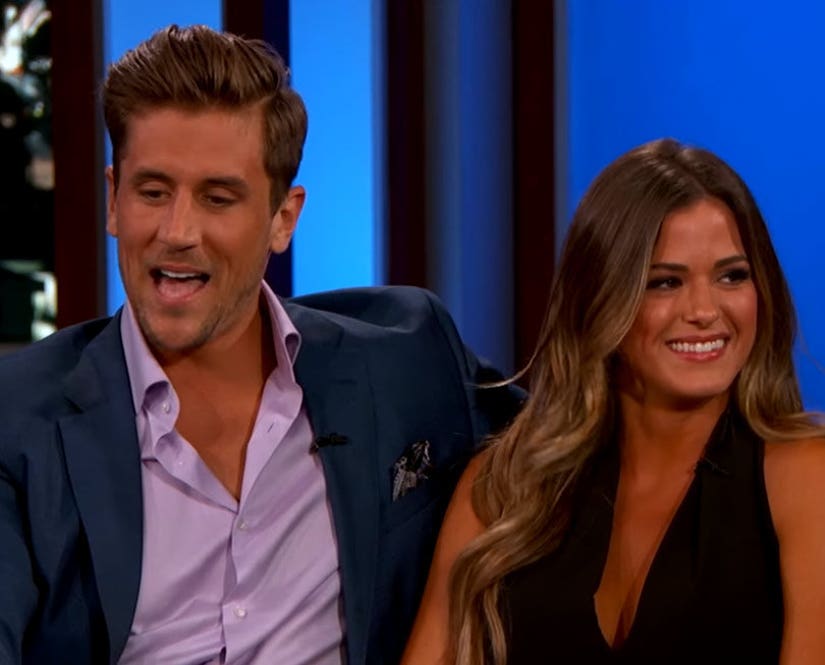 Luckily, both got their answered correctly with Rodgers naming JoJo's favorite team as the Dallas Mavericks and Jordan's as Vanderbilt. "That's kind of a cop out because that's where I went to school," Aaron Rodgers' younger brother explained.