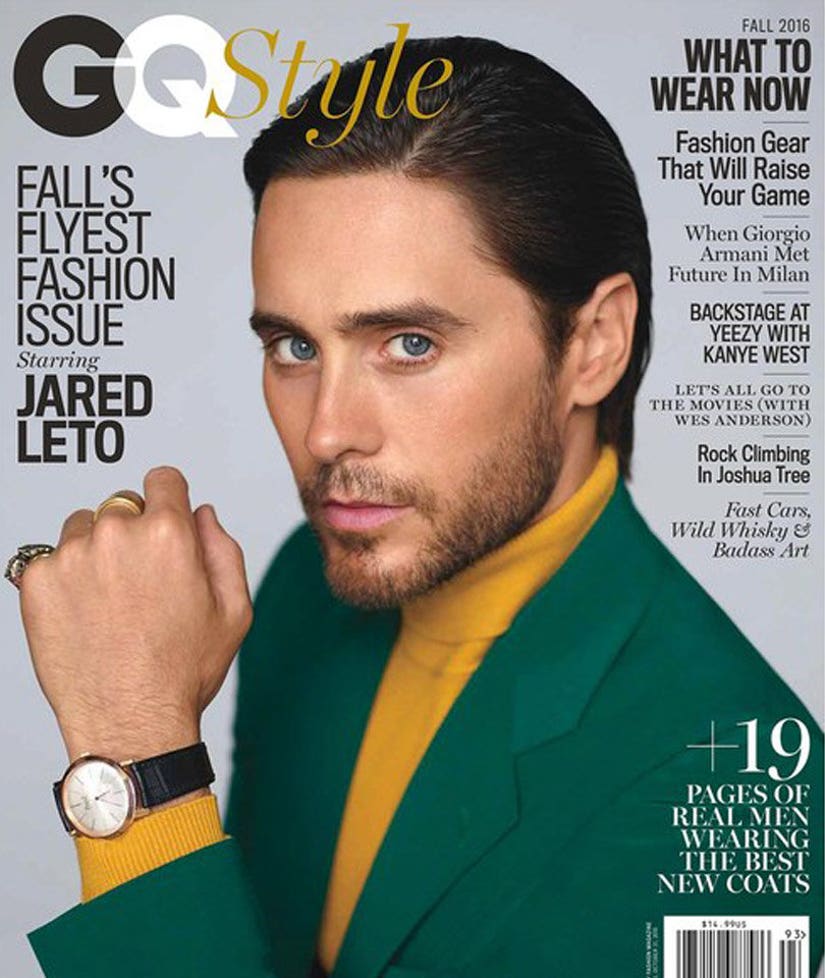 Even Jared Leto isn't made of Teflon.

The "Suicide Squad" star covers the new issue of GQ magazine, where he opens up about dealing with rumors and shares his thoughts about equal opportunities (or lack thereof) for gay leading man.

Though the actor is no stranger to the spotlight, some of the tabloid gossip gets under his skin still.

"I've had rumors bother me," he tells the mag. "Especially if they're hurtful or spiteful and not true. And then sometimes it doesn't at all—you just laugh it off. Something can also not annoy you or be hurtful but be wrong."

"There's going to be people who love you, people who hate you," the "Dallas Buyers Club" star adds. "It doesn't matter if you're Barack Obama or the Pope. If you're Kanye or Taylor Swift. There's gonna be people that love you and people that don't. And thinking that you can please the world or convince everyone otherwise is a fool's errand."

Nevertheless, the Oscar-winning actor sounds like he loves what he does ... even though Hollywood still has a way to go when it comes to equal opportunities for actors of different races and sexualities.

"I definitely don't think a gay leading man would have the same opportunities as a straight leading man," he admits.

"I don't think that. Not for a single second," he continues. "I don't know if that's offensive or not, but that's my thought right now. It shouldn't be that way. I don't think you'll have as many opportunities. And I think you could say the same for minorities... I think that this is still a very conservative business."

We love that the 30 Seconds To Mars singer has no problem speaking his mind! What do you think about Leto's candid comments? Sound off below and check out the gallery above to see more leading men then and now!