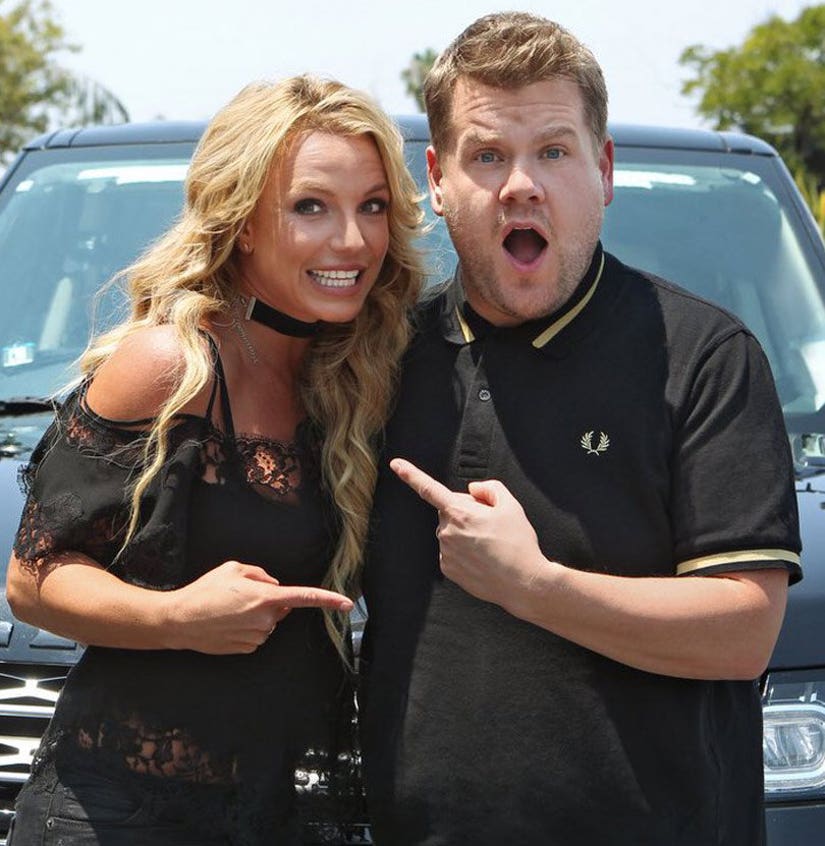 Yep, the "Toxic" singer is the latest celebrity to join "The Late Late Show" host for his popular "Carpool Karaoke" segment.

"Took a ride around LA with @JKCorden & did a little #CarpoolKaraoke," the pop star tweeted along with a pic of her and Cordon pointing at one another. "Watch the @latelateshow on 8/25 to see it!"

That's just one day before the 34-year-old is slated to drop her ninth studio album "Glory." And while we've already heard "Make Me" off her latest project, we have no idea what she and the British comedian will croon during their car ride.

The Grammy winner joins a long list of A-listers who have teamed up with Corden for his ride alongs, including Justin Bieber, Jennifer Lopez, Elton John, Gwen Stefani and even First Lady Michelle Obama! His most popular passenger among fans of the segment, however, is Adele, who has racked up a whopping 121 million YouTube views for singing along with Corden.

Only time will tell if Brit Brit can dethrone the British songstress for most watched "Carpool Karaoke" guest!