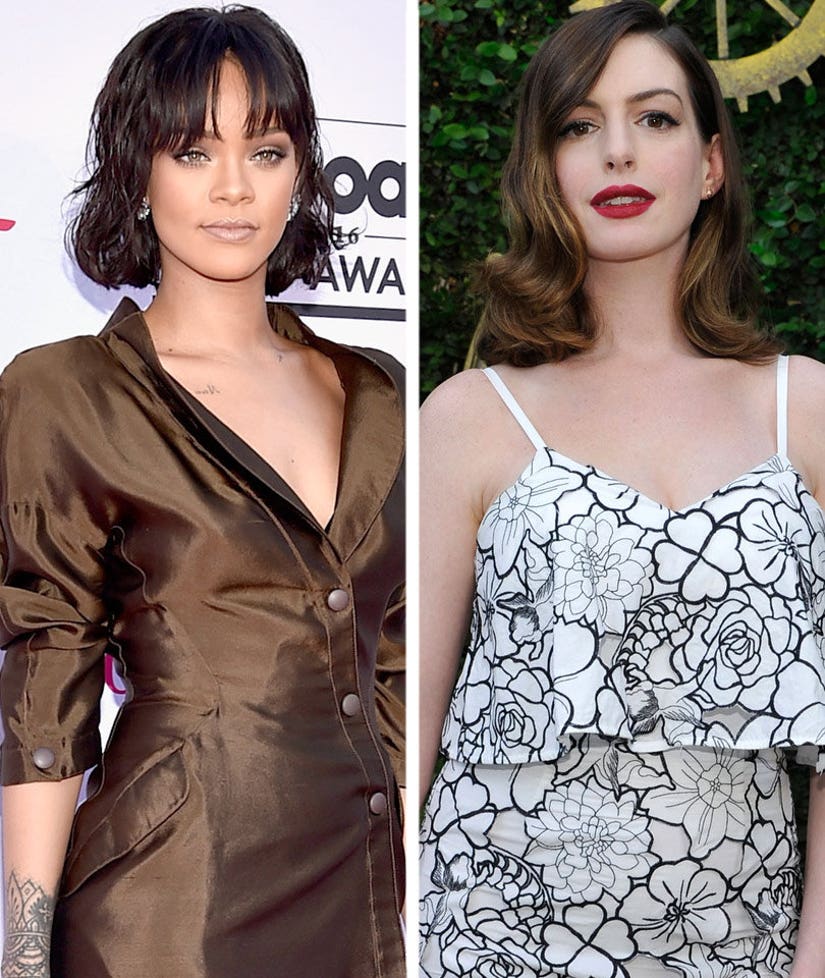 Where my A-List ladies at?

At least, that's according to Variety, which reports that Rihanna and Anne Hathaway are the latest stars in an already impressive list of talent linked to the all-female cast of the "Ocean's Eleven" reboot.

Both RiRi and Hathaway are in negotiations to join the Gary Ross directed project.

If the deal goes through, they could join some Hollywood heavy hitters: Sandra Bullock, Helena Bonham Carter, rapper Awkwafina, Mindy Kaling and Cate Blanchett are also rumored to star in the caper.

Sounds like the makings for the ultimate Elite Eight to us! No word yet on who may fill in the eighth spot, though.

News of the latest potential cast members comes shortly after the release of an all-female reboot of "Ghostbusters," which starred Melissa McCarthy, Leslie Jones, Kristen Wiigand Kate McKinnon, and which the Hollywood Reporter says suffered a $70 million loss at the box office. According to the report, a sequel is unlikely at this point.