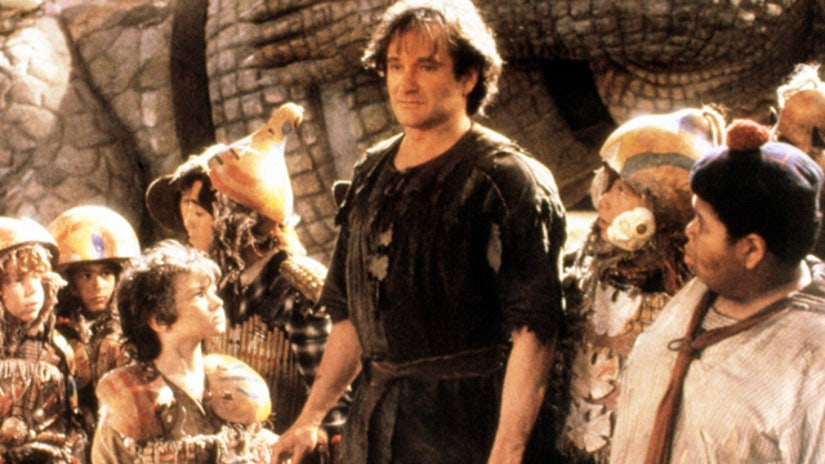 To honor the late, great Robin Williams, we sat down with the young stars of "Hook" ahead of its 25th anniversary, where the "Lost Boys" shared their memories of the amazing actor.

"We spent a lot of time together in the makeup trailer, early in the morning," Basco, now 40, recalls. "Going into [Hook], 'Dead Poets Society' was one of my favorite films. We would talk poetry, his favorite poets, my favorite poets, give me things to read and check out."

Basco says that support from Williams helped inspire him to create Da Poetry Lounge in Los Angeles, home of the "largest open mic night in America." Dante even went on to perform on HBO's "Def Poetry Jam."

For Thomas Tulak, the youngest of the Lost Boys, Williams was just one of the kids.

"He had a way that he would address you on your level," he says. "I was 6 years old, he'd come knock on my dressing room door and my mom would answer. '[He'd ask] Can tommy come out to play?' And I'd come out and we'd go play. It wasn't about business, it was just hanging out and playing. He was like a big kid."

And while Ryan Francis, who played a younger version of Williams' Peter Pan in the film, didn't share any scenes with Robin, it was still a memorable experience.

"The real experience was off set," he explains. "The special time I took home was the 1-on-1 with him, real talk, nothing about movies, just life, it was like talking to a big brother or dad."

Watch our full Facebook Live interview with the guys below, as they also talk about working with Julia Roberts and a then-unknown Gwyneth Paltrow. Sorry about the delay -- the conversation starts at about the 10:30 mark.