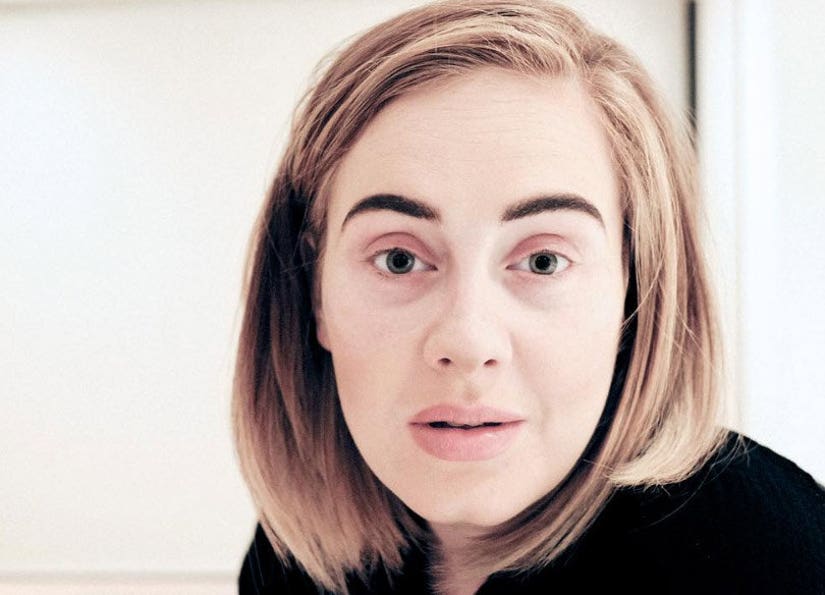 Hello? Adele, is that you?

Fans got to see the singer as they rarely see her, when she posted a series of makeup-free selfies and a video on her Instagram account to apologize for canceling her Phoenix show.

"Hello everyone, specifically everyone in Phoenix, Arizona," she opens the video. "I can't do my show tonight, my second show here. I'm really, really sorry. I've had a cold for a couple of days and I've been pushing through it, and I did my show last night and I loved it, but I pushed too hard, and my cold has got the better of me."

Appearing without her trademark winged eyeliner—or any other makeup—the "Rolling in the Deep" crooner is audibly sick in the video, speaking to her followers in a scratchy voice.

She also took the time to explain that she did her best to attempt to take the stage.

"I've enjoyed my tour so much and cancelling shows has not been something that I want to do," she went on to say. "I've pushed through a lot, but I've been trying to sing all morning and warming up, but nothing's really happening."

She did, however, assure Phoenix-based ticket holders that she would make up the cancellation to them.

"I will reschedule this show, I promise you, and I will come back and smash it for you," she said.

True to her word, the Grammy winner followed up her video apology with a post announcing that she has rescheduled the show for November 21 and will refund anyone unable to make the new date.