In case you had any doubts about Hillary Clinton's health, she's just proved that she's "strong enough" to be president.

The Democratic nominee stopped by "Jimmy Kimmel Live" on Monday night, where the late night host had the former Secretary of State prove she's in good health ... by opening a jar of pickles.

Before putting her strength to the test, the 68-year-old opened up about reports that she's been having some health issues, after concerns recently raised by Rudy Giuliani.

"Are you in good health?" Jimmy Kimmel asked, to which Clinton responded by asking the late night host to check her pulse. 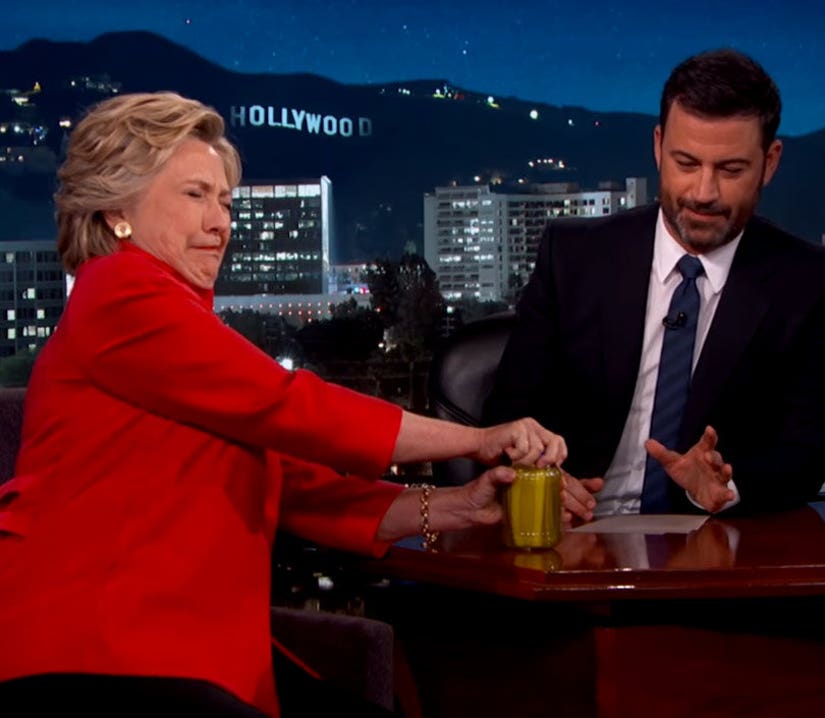 "Make sure I'm alive," she quipped. "I don't know why they are saying this. I think on the one hand it's part of the wacky strategy, just say all these crazy things and maybe you can get people to believe you. On the other hand it just absolutely makes no sense. I don't go around questioning Donald Trump's health. As far as I can tell, he's as healthy as a horse."

Jimmy took things one step further and asked Clinton to prove her strength by opening a jar of pickles.

After faking a brief struggle, Hillary got the jar open. "I do feel sometimes that this campaign had entered into an alternative universe," she said after winning Jimmy's challenge.

Clinton also revealed how she's preparing to win the debates against the GOP nominee. "I'm planning on drawing off my experiences from elementary school," she joked.

What do you think about Hillary's "Jimmy Kimmel Live" appearance? Tell toofab in the comment section below!