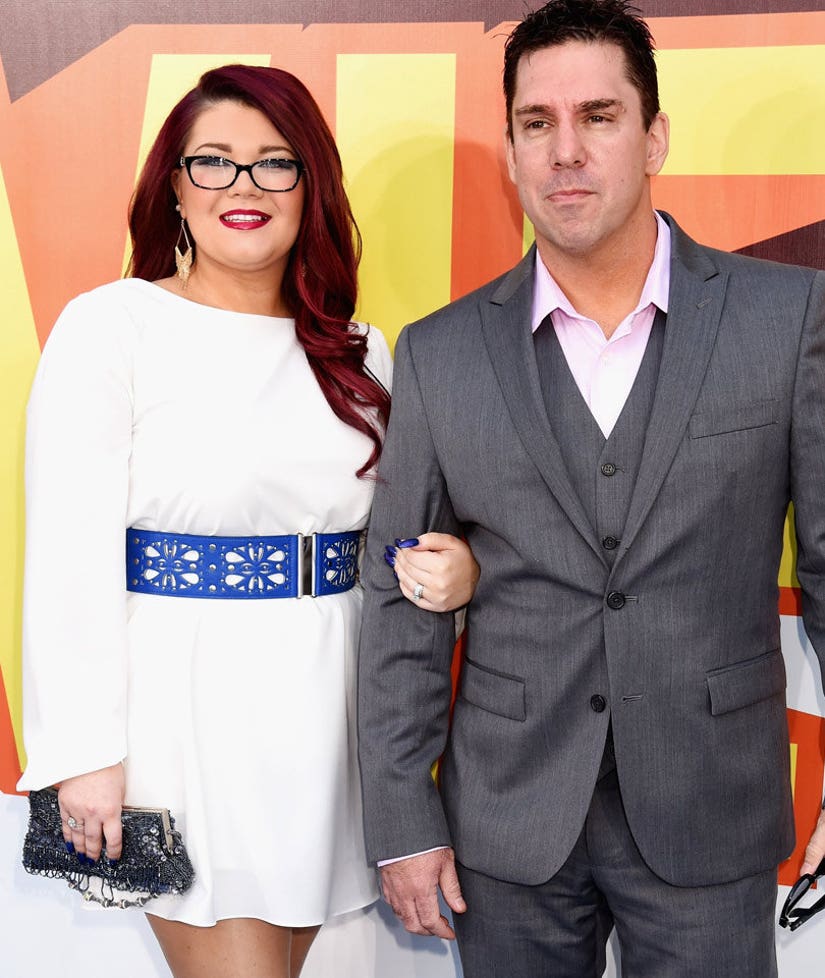 On Monday night's premiere of "Teen Mom OG," Matt's past came back to haunt him, after it was revealed he sent flirtatious tweets to both Farrah and Jenelle Evans prior to meeting Amber. This obviously didn't sit well with Portwood, who was under the assumption he didn't really know anything about her or her cast mates before they started dating.

"I don't know, I just hope she dates better people then that," Farrah exclaimed after the news broke online. "I'm shocked Amber didn't find that already. I mean, I'd cancel that wedding, that's for sure."

Abraham was then seen shooting Portwood a text, telling her, "If that s--- is real, that's not ok and I would advise to make changes in your relationship."

Amber called Farrah up for a rare moment between "Teen Moms," where the two talked about Matt's behavior.

"I asked him about it and he's like, 'Listen, that was a long time ago. I was telling them they're beautiful. I wasn't hitting on them.'"

"Either way, it's just lying," a perturbed Portwood exclaimed. "I think I'm getting sick of everything. What else is going to come out? I'm getting really sick of it."

"My question to you is: What man do you want to marry now?" Farrah then asked.

"I've told him we're not getting married in October," Portwood explained. "We're still engaged but I called off the wedding for October."

#TeenMomOG's @AmberLPortwood met her fiancé on Twitter, but did he hit on #FarrahAbraham first? He explains: https://t.co/KhSb3PNmm6

After the episode aired, Amber and her beau appeared on Dr. Drew's HLN show to share their side of the story in more detail.

"I was not a superman of the show. I've said this a million times," Baier said, explaining the tweets in question. "I watched 3 episodes of 'Teen Mom 2.' There was a tweet sent to Farrah. I'm not even the one who wrote that tweet and, no, they weren't hitting on her, it was a friend of mine making fun of her. He's actually said this on the show, it hasn't aired yet."

Despite the incident, the two are still engaged and planning to tie the knot.

During Monday's episode of the MTV show, another woman came out of the woodwork claiming Matt fathered one of her children. So ... just how many kids does he actually have?

"5," he told Dr. Drew last night, adding he's working hard on his relationships with them. "I owe zero dollars in child support. I wasn't a deadbeat dad, I was an absentee dad. I was using [drugs]. I'm going through a lot of the apology and amends stage with my kids, telling them, 'Dad was a piece of crap.' I did care about drugs more than anything else and I was selfish. I'm trying to reconnect."

As for accusations he's "manipulating" Amber, he just said this: "I've been around for 3 years, I think she would have figured it out by now."

"I wish people would give me more credit," added Portwood.

What do you make of this pairing? Sound off below!