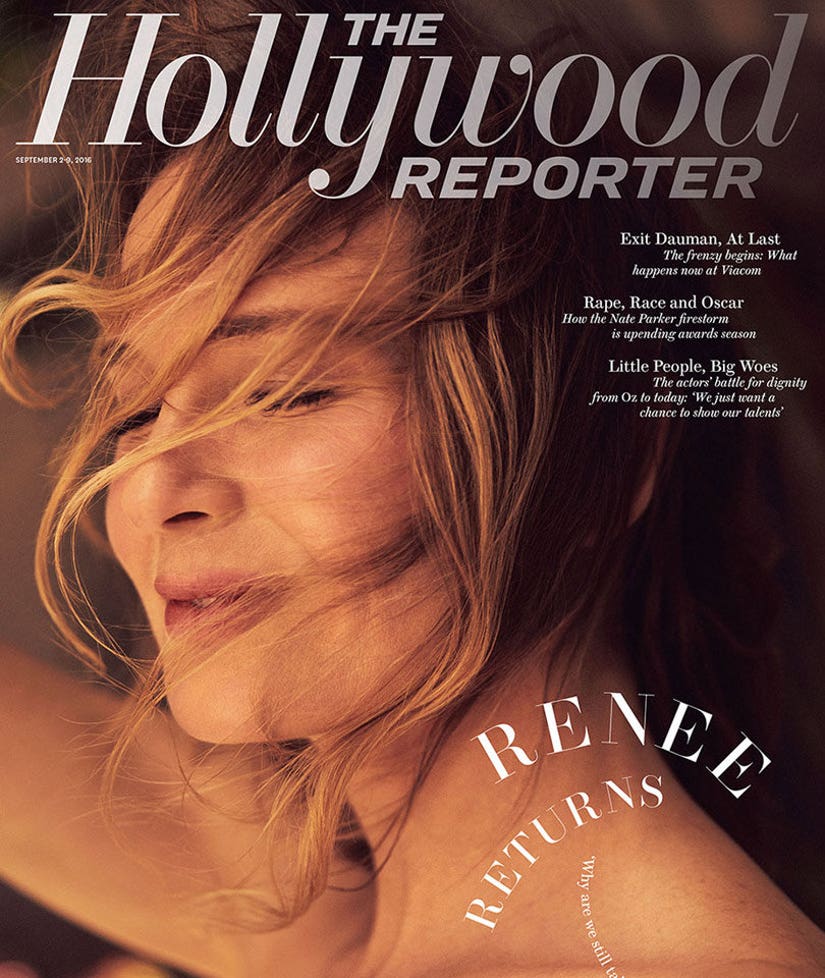 Out of sight, out of mind!

Renee Zellweger appears in this week's issue of The Hollywood Reporter, where she opens up about staying away from negativity.

"My main goal is to avoid any negativity that might enter my consciousness," she tells the mag. "If I'm not aware of it, then it's not real. It doesn't exist."

The "Bridget Jones's Baby" star made headlines earlier this summer when she resurfaced looking very different. Variety even wrote an opinion piece title, "Renee Zellweger: If She No Longer Looks Like Herself Has She Become a Different Actress?" about the star's changing features.

Nevertheless, the 47-year-old actress hasn't let the scrutiny get to her -- in fact, she doesn't see aging as a negative thing whatsoever.

Another topic not up for conversation: her relationship with beau Doyle Bramhall.

"We have shared history, the same mutual friends from eons ago, before either of us was doing anything public," she says about her boyfriend. The writer adds that, when pressed further, Renee responded with, "I appreciate you asking, but let's stop."

What do you think about Renee's candid comments? Sound off below and check out the gallery above to see more women of the '90s then and now!