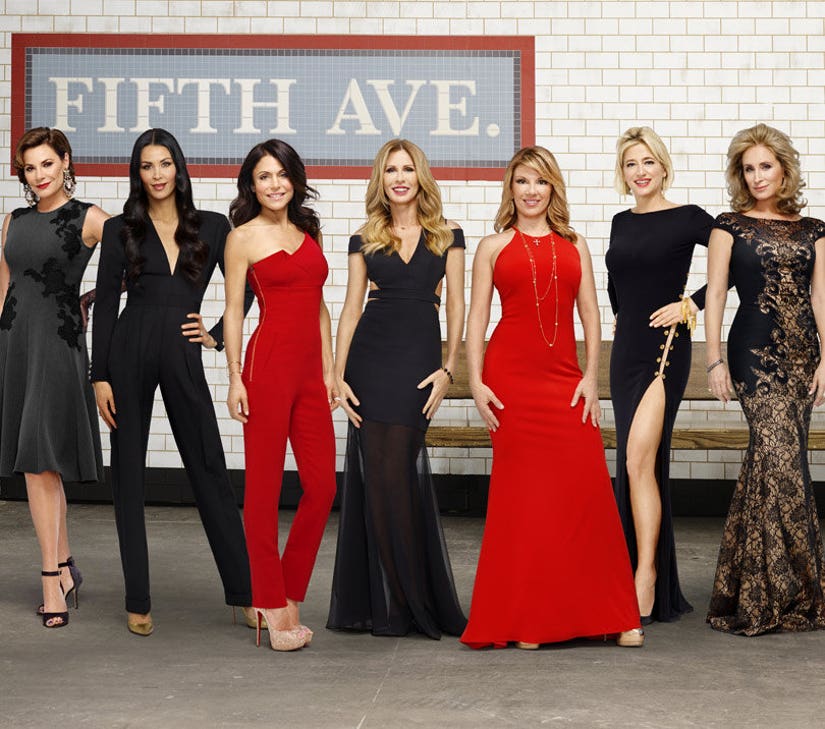 Ready for big drama in the Big Apple?

Tempers flare and accusations of cheating, drinking problems and even drug use fly when the New Yorkers sit down with moderator Andy Cohen to rehash the ups and downs of season eight.

"Why are you insinuating that you know I do drugs?" asks an incensed Medley. "That's a horrible thing."

"Everybody knows you do drugs," says Morgan.

And it looks like the tension between Frankel and de Lesseps is still going strong.

"You called me every name in the book for no reason," de Lesseps says to Frankel.

"Not no reason," retorts Frankel.

The other cast members also pounce on de Lesseps, forcing her to revisit accusations that she had an affair with a married man.

"Give me the name of the guy that I've slept with that's married," de Lesseps says to Radziwell.

"You don't even know the name of guys," Radziwell replies. "How are we supposed to know?"

"The Real Housewives of New York City" reunion airs on August 31 at 9 p.m.