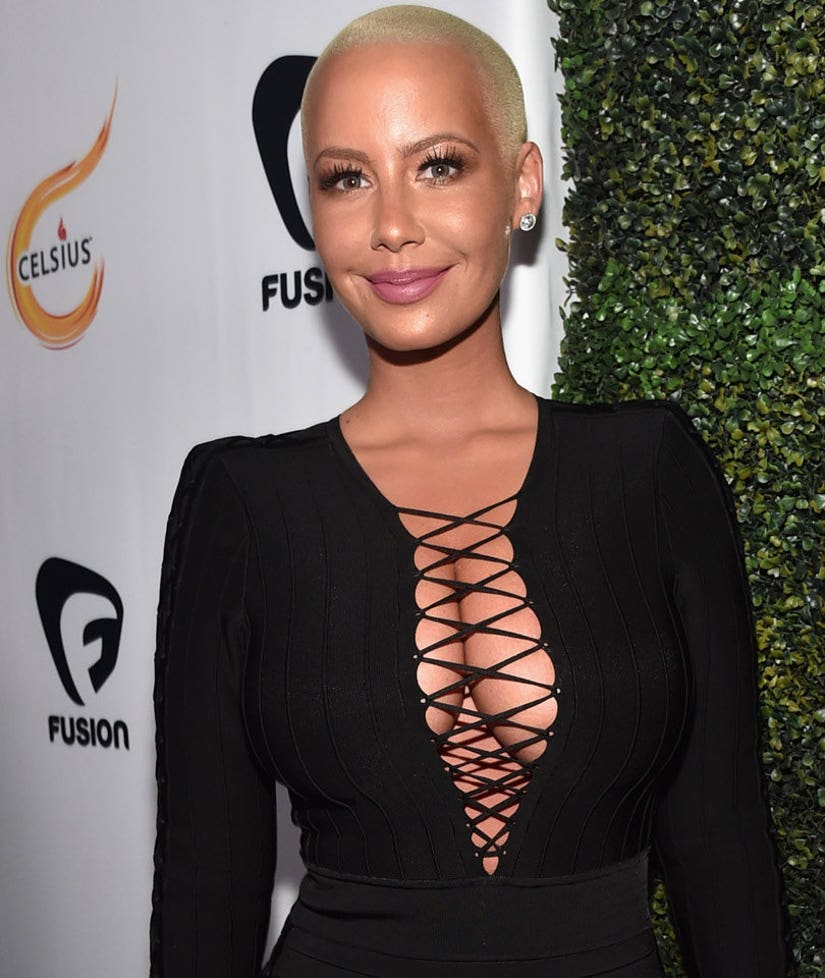 Amber Rose is the first to admit she's "been around the block."

The outspoken model and talk show host spoke about her "number" during an extremely frank conversation about sex with rapper Ty Dolla Sign on "The Amber Rose Show" on Friday night.

"I'm 32-years-old, I've been around the block a few times," she revealed. "I'm not going to sit there and count. Especially all the times I said he could put the head in, then take it out, does that count? Because I used to be so good for that, I was the queen of that."

The crowd was eating her up, applauding her sex positive attitude ... and her rapper guest said he didn't care about numbers either. "Probably [I cared[ when I was, like 18," he said. "It's kind of corny, it doesn't matter. If she says ten that means about 100 right?!"

Rose, who has a kid with Wiz Khalifa and dated Kanye West, got even more explicit when Ty Dolla Sign said some of his partners "hold back" to see less experienced.

Rose then went in on the double standard between men and women when it comes to side pieces.

"We [women] are smart enough to not let the men find out, I feel like guys get so sloppy," she continued. "Women have an intuition, if he lies we know. … Sometimes we're in denial, like, 'He wouldn't do that to me,' but at the same time we like, 'Bitch, I know he did that.'"

What do you make of her extremely candid convo? Sound off below!