Calvin Harris took home the moon man for Best Male Video for his new single "This Is What You Came For" at the 2016 MTV Video Music Awards in New York City on Sunday, where he seemingly shaded his ex-girlfriend Taylor Swift.

Harris – who was not on-hand to collect his accolade – sent in a pre-taped message from the UK.

While the DJ seemed very gracious, he did forget to thank his famous ex, who co-wrote the track and even lends her vocals to the song aso featuring Rihanna.

"I had a show tonight in the U.K., or else I would definitely be there," he said. "Thanks, Rihanna, from the bottom of my heart. You're a superstar."

Harris made headlines earlier this summer when he went off on the "Blank Space" singer via Twitter. 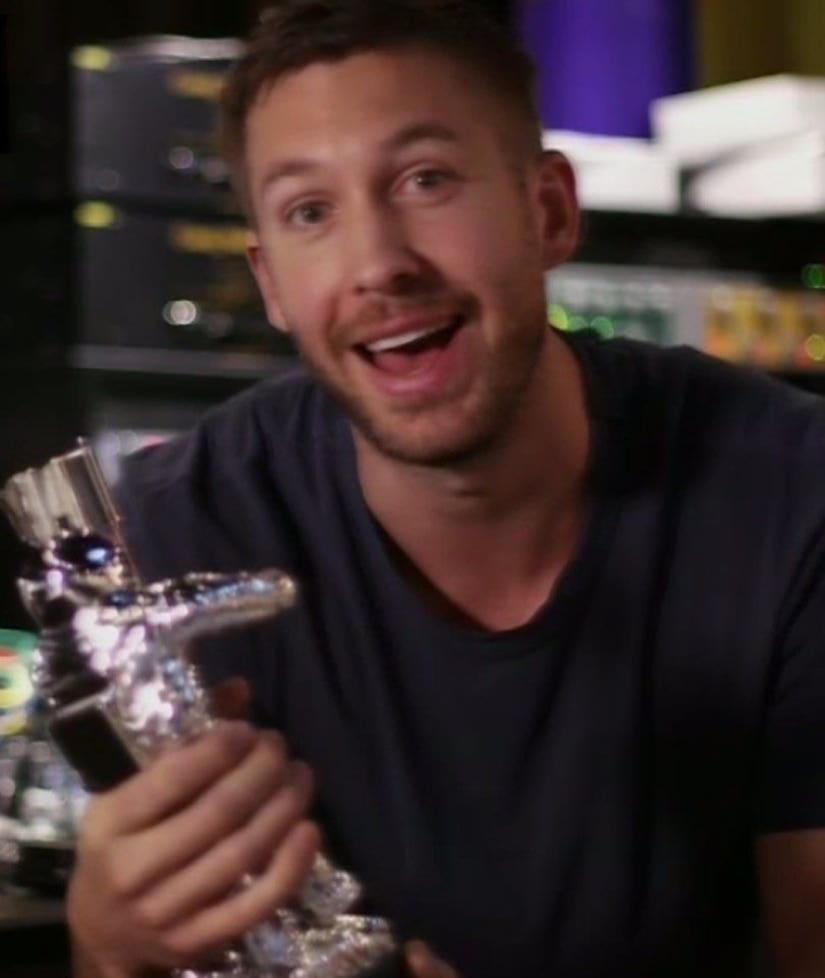 "And she sings on a little bit of it too," he posted about the track, after TMZ revealed Swift co-wrote the song, "Amazing lyric writer and she smashed it as usual. I wrote the music, produced the song, arranged it and cut the vocals though. And initially she wanted it kept secret, hence the pseudonym."

"Hurtful to me at this point that her and her team would go so far out of their way to try and make ME look bad at this stage though," he later tweeted.

Though it remains unclear how it was "hurtful" that her rep confirmed she wrote the song.

"I figure if you're happy in your new relationship you should focus on that instead of trying to tear your ex bf down for something to do," he continued, referencing her PDA with Tom Hiddleston. "I know you're off tour and you need someone new to try and bury like Katy [Perry] ETC but I'm not that guy, sorry. I won't allow it."

"Please focus on the positive aspects of YOUR life because you've earned a great one," he wrote in conclusion, "God bless everyone have a beautiful day."

What do you think about Calvin's speech? Sound off below and check out the gallery above to see more red carpet photos from the night!