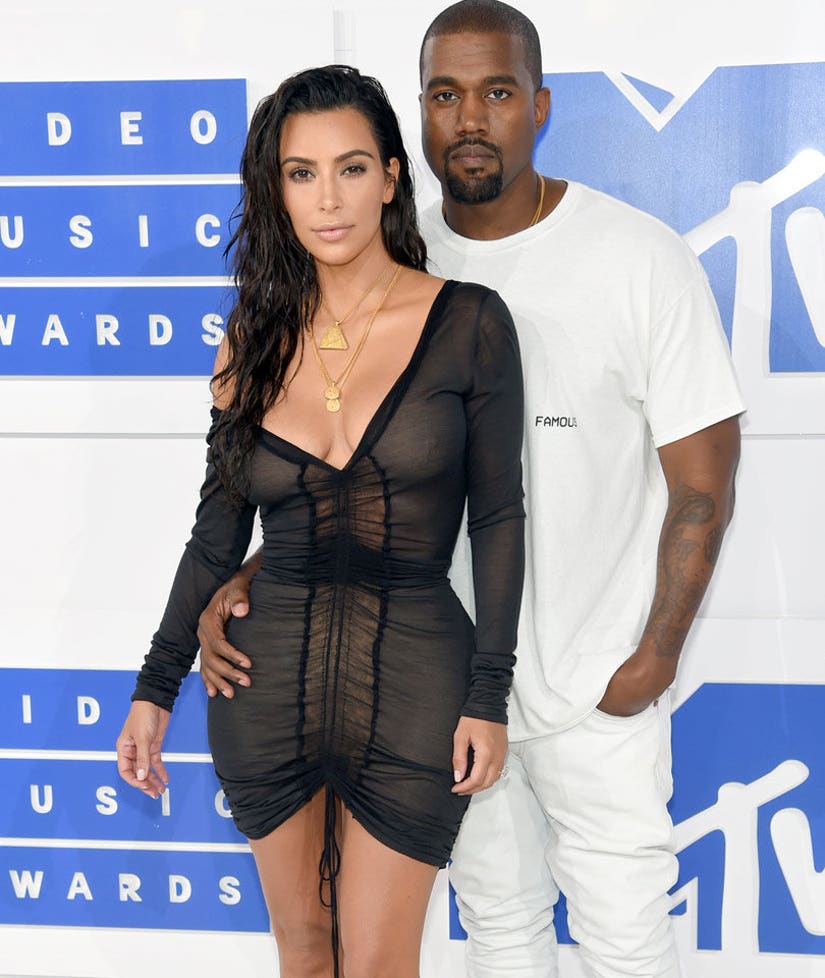 Don't ever say Kim Kardashian doesn't listen to her fans…

Mrs. West tweeted out two polls earlier today, asking fans to help her decide on what her look should be for this year's MTV Video Music Awards – from outfit to hair color.

And she actually listened!

OK I will take a poll, what should I wear tonight?

The 35-year-old mom of two rolled up next to hubby Kanye West sporting the "dressy sexy look" 52 percent of her fans suggested she rock for the night. But was her off-the-shoulder, black sheer mini almost too sexy?

With Kanye rocking a more "casual chill look" with a plain white tee,the two definitely balanced each other out.

What do you think of their red carpet style? Sound off below!