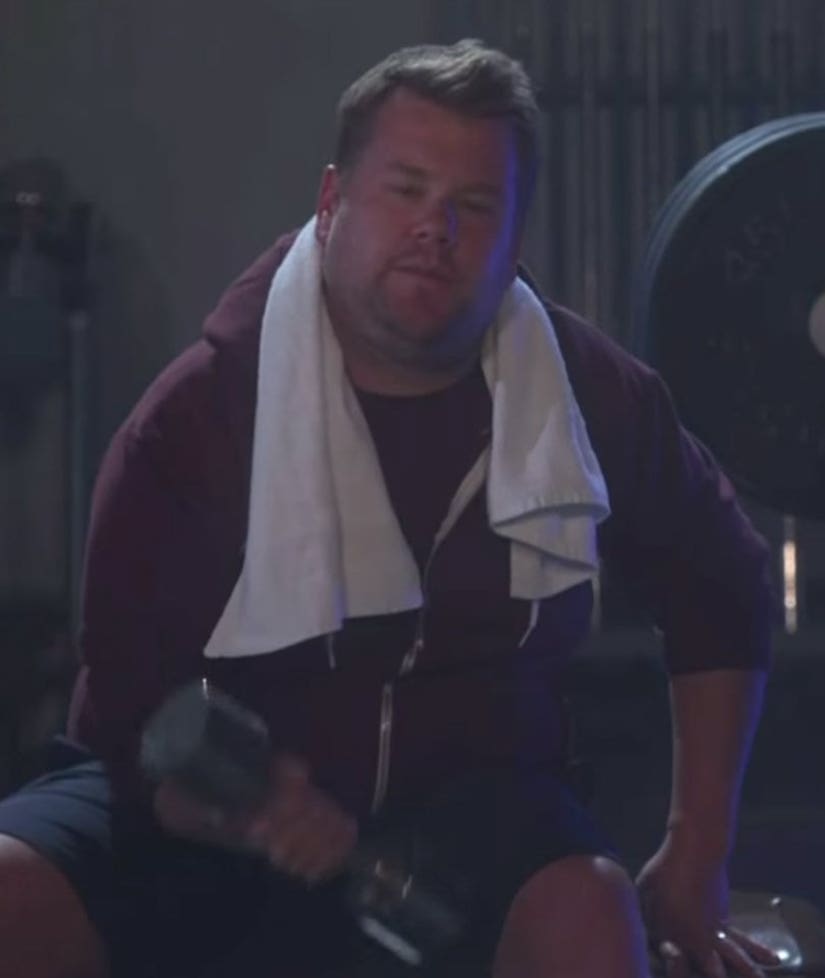 At Sunday's award show, Kanye West unveiled his music video for "Fade," which sees singer Teyana Taylor provocatively dancing her way through a gym clad in nothing but a crop top and a skimpy thong.

And if you think busting a "Flashdance"-like performance at a gym is bizarre, you're not alone. James Corden is poking fun at the music video in a hilarious spoof entitled "Don't Exercise in Kanye West's Gym."

The "Late Late Show" host cuts himself into the video, posing as a gym goer who is seriously annoyed by Taylor's antics.

"Do you mind? It's sort of a public gym," he says as he pumps iron and watches Taylor flaunt her best moves.

"I think there's actually a dance space next door that would be better than doing it amongst the equipment," Corden tells Taylor.

But an unswayed Taylor continues her aerobic dance routine, flipping her hair and splashing the British comedian.

He then pleads with Taylor to "dial it down" and wonders if out loud if there's any other music that the gym could play.

Still, even Corden isn't immune to Taylor dance moves, momentarily halting his complaints when he becomes mesmerized by the 25-year-old's booty-popping.

Watch the rest of the video to see how he wraps his rant against the "Fade" star!