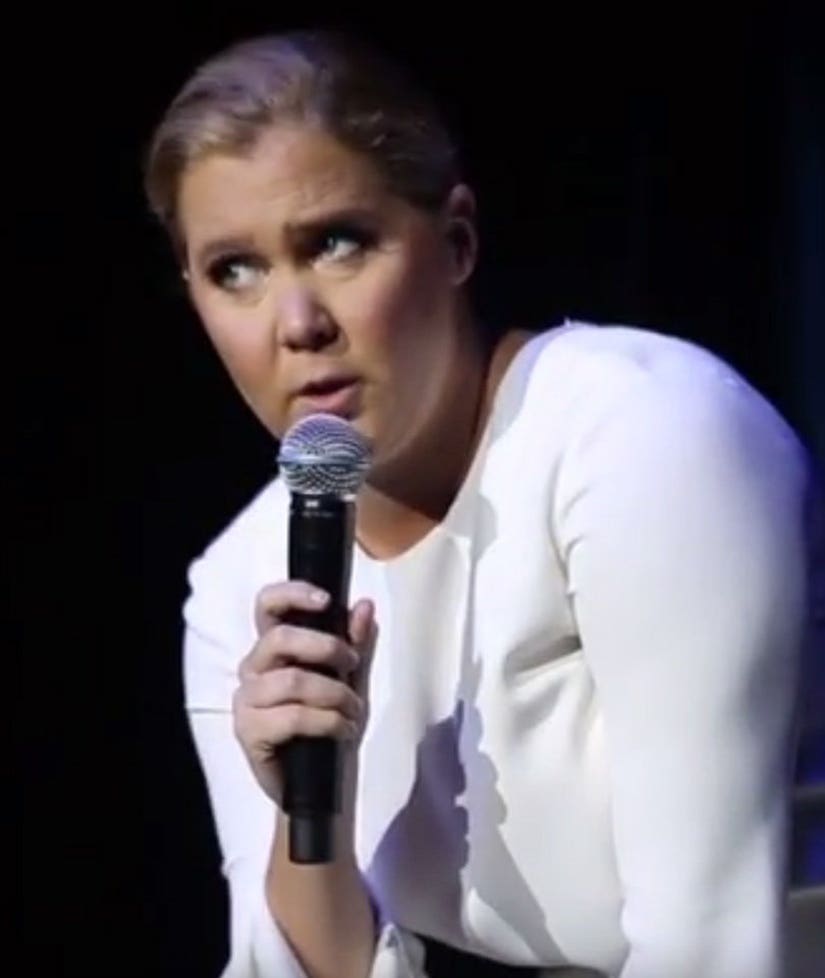 Amy Schumer for the win!

The comedienne shared a video from her show in Stockholm, Sweden on Wednesday, where she shut down a sexist heckler during her routine. "I got heckled last night," she tweeted with the clip.

Only two-minutes into her show, the "Trainwreck" star was greeted with an unsolicited request from an audience member. "Show us your t**s," one man shouted from the packed arena.

Amy decided she wasn't going to let the sexiest comment slide, and called out the man in front of the crowd.

"Okay wait, I want the guy who just yelled 'Show us your t**s' to come up here,'" Schumer said, as she asked the audience to point him out to her.

That's when Amy started to lay into the man, after asking him what he did for a living. "Sales. How's that working out? Is it going well? Because we're not buying it," she quipped.

"That's really cute, but if you yell out again, you're going to be yelling 'Show your tits' to people in the parking lot, because you're going to get thrown out, motherf---er," Schumer said, moments before the man shouted yet again.

Amy had the guy escorted out of her show -- hopefully he learned a valuable lesson!

What do you think about the way the "Inside Amy Schumer" star handled the heckler? Sound off below and check out the gallery above to see more leading ladies then and now!