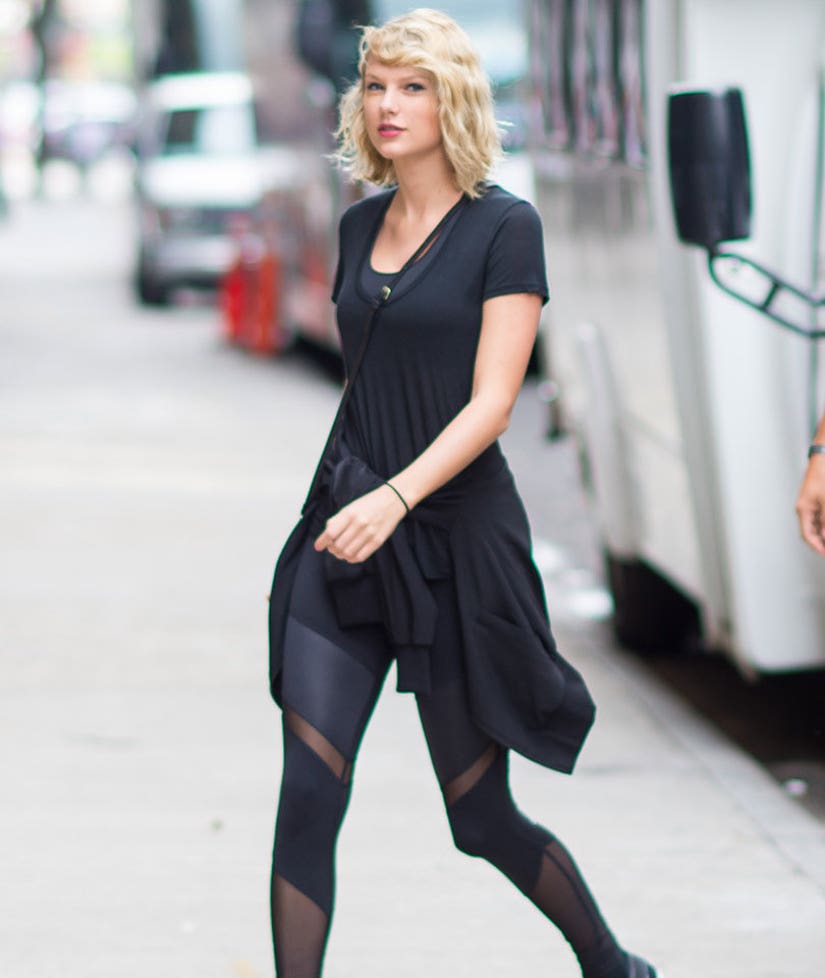 Taylor Swift is putting on a brave face.

The pop star was spotted heading to the gym in New York City on Tuesday. Taylor looked cute and casual for her workout, rocking a black T-shirt, black leggings and sneakers.

Despite recent reports that the "Blank Space" singer and the "Crimson Peak" actor ended their summer romance, Swift seems to be doing great.

According to Us Weekly, who first broke the news, Taylor was the one who ended things with Hiddleston. "Tom wanted the relationship to be more public than she was comfortable with," one source said, adding that now he's "embarrassed that the relationship fizzled out."

Taylor's ex, Calvin Harris likewise made headlines on Wednesday after he opened up about his and Swift's messy breakup with British GQ.

"It's very difficult when something I consider so personal plays out very publicly," he told the mag about their high-profile split. "The aftermath of the relationship was way more heavily publicized than the relationship itself. When we were together, we were very careful for it not to be a media circus. She respected my feelings in that sense. I'm not good at being a celebrity."

Yet, the DJ said that once they split "all hell broke loose."

"Now I see that Twitter thing as a result of me succumbing to pressure," Harris said about his social media rants. "It took me a minute to realize that none of that matters. I'm a positive guy."

Though we're sure she'll be in the headlines for awhile, we've gotta hand it to the pop star for keeping her chin up!

How do you think Taylor looks? Sound off below and check out the gallery above to see more of Swift's best candids!