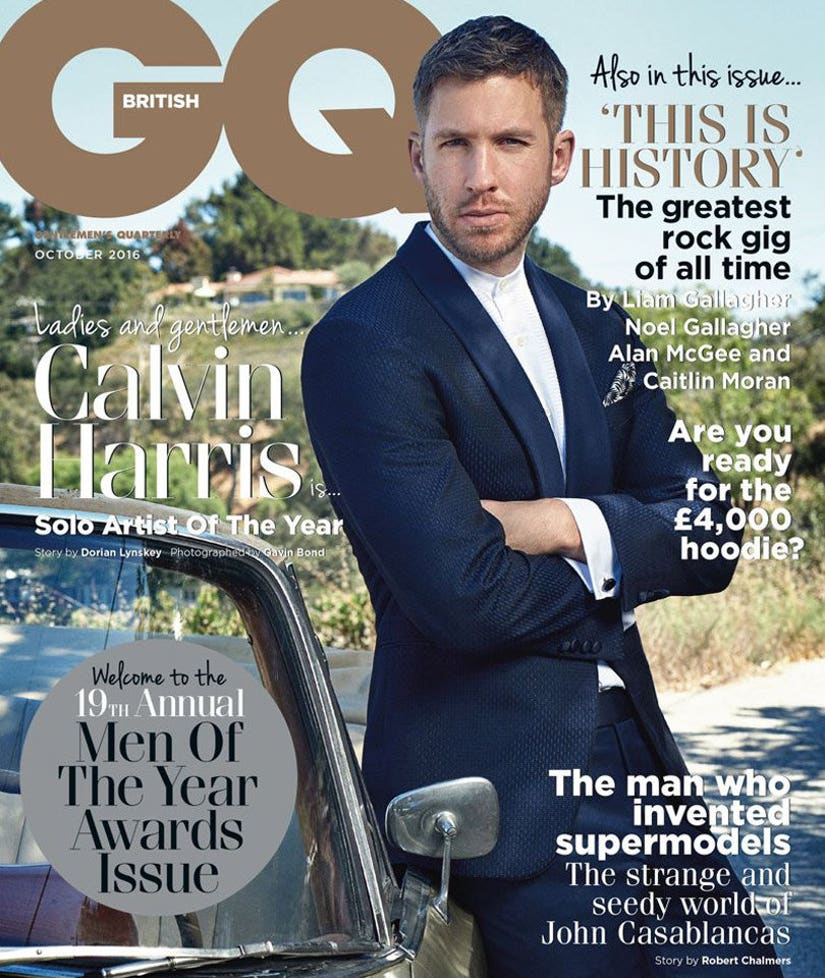 Now that Hiddleswift is over, Calvin Harris wants to rehash his breakup with Taylor Swift ... and their nasty split.

The DJ gets candid about his high-profile relationship and breakup with Swift in a new interview with British GQ, where he talks about how the media attention affected his life post-Swift.

"It's very difficult when something I consider so personal plays out very publicly," he tells the mag. "The aftermath of the relationship was way more heavily publicized than the relationship itself. When we were together, we were very careful for it not to be a media circus. She respected my feelings in that sense. I'm not good at being a celebrity."

However, according to Calvin, everything changed when he and the "Bad Blood" singer went their separate ways.

"But when it ended, all hell broke loose," he says. "Now I see that Twitter thing as a result of me succumbing to pressure. It took me a minute to realize that none of that matters. I'm a positive guy."

"For both of us it was the wrong situation," he adds. "It clearly wasn't right, so it ended, but all of the stuff that happened afterwards..."

He trails off there, but admits the ensuing Twitter battle was the wrong way to go.

"It was completely the wrong instinct," he adds [via The Sun]. "I was protecting what I see as my one talent in the world being belittled. "It felt like things were piling on top of me and that was when I snapped."

Taylor and Calvin ended their romance in June after dating for a year. The 26-year-old "Blank Space" singer quickly rebounded with Tom Hiddleston, and spent the rest of her summer traveling around the world with the "Crimson Peak" actor.

Unfortunately, news broke Tuesday that Hiddleswift -- as they were lovingly dubbed -- called it quits after three months.

Here's to hoping, for Swift's sake, Tom learns a lesson from Calvin's messiness and keeps their breakup to himself.

What do you think about the "Summer" singer's candid comments? Sound off below and check out the gallery above to see more shocking celebrity splits!