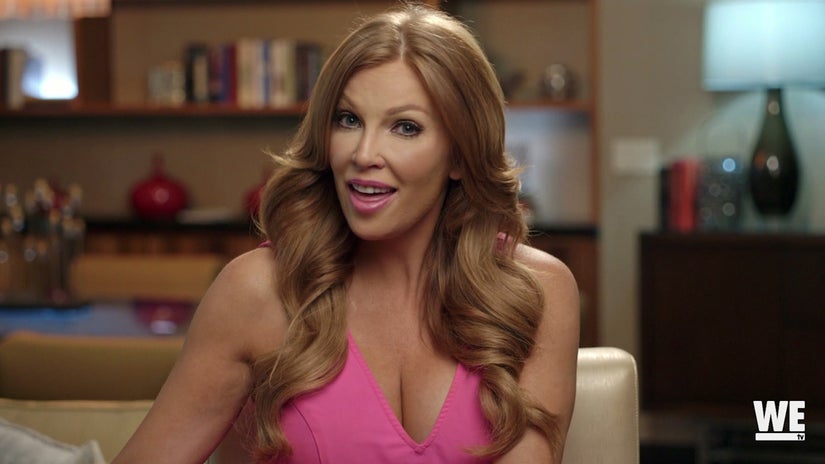 Angelica Bridges is looking for a fresh start.

The "Baywatch" actress appears on this Friday's season finale of "Million Dollar Matchmaker," where she opens up about her volatile relationship with ex-husband/NHL star Sheldon Souray.

While the 45-year-old redhead is on the hunt for a new man, is her "traumatic" split from Souray still haunting her dating life?

"My whole relationship [with Sheldon] was eggshells," she explains in a sneak peek. "He would put me down, 'You're ugly, you're untalented, I'm going to destroy you.' My divorce was so traumatic, I've been so cautious and I've had a couple of relationships, but they've been long distance."

"I think I've done that subconsciously to protect myself," she adds. "With my marriage, I stayed much longer than I should have. Back then, I was like, I'm going to change him."

As Angelica makes her way to the Millionaire's Club, Patti Stanger lays out the challenges her people may have pairing her up.

"She's divorced, two kids, she got married to this professional athlete, then he turned into a sociopath," she tells her crew.

"She tends to gravitate towards these dominating guys. She's very sub[missive], with the smile of a Stepford Wife and totally numb inside," she bluntly adds. "She's been beyond hurt."

Check out the clip above to see how the "Million Dollar Matchmaker" group plan on testing Angelica, as she dips her toes back into the dating pool.

We'll see if they're successful when the new episode airs Friday night at 10pm on WEtv.