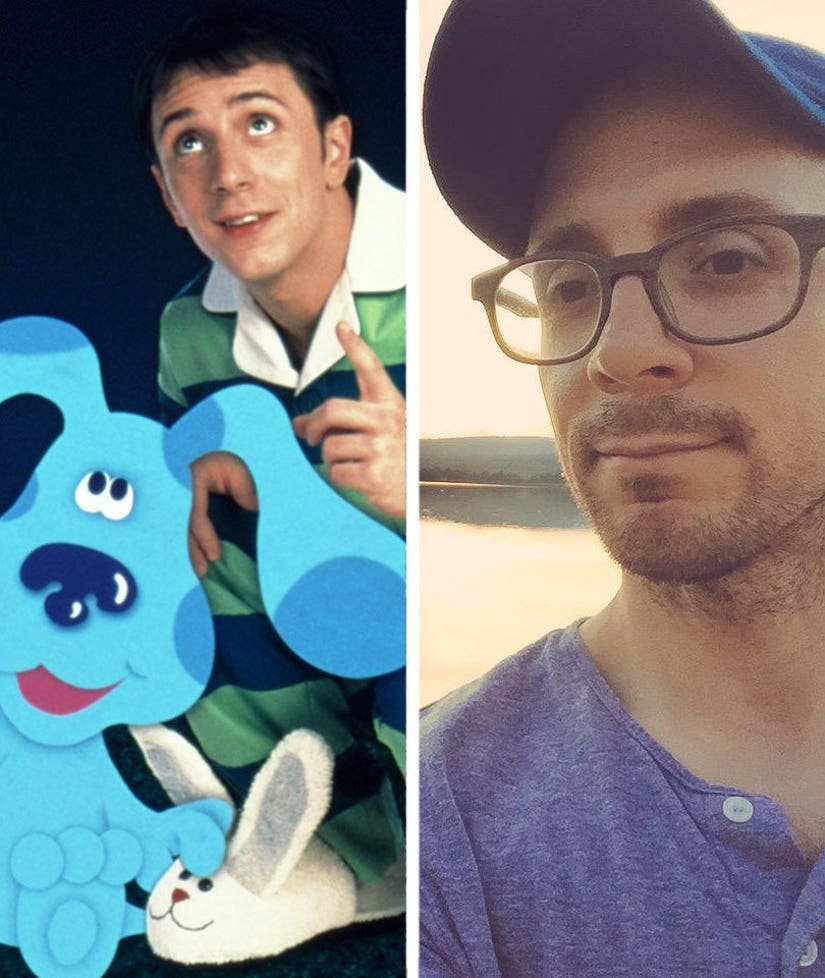 If you're under 20, chances are you remember Nickelodeon's "Blues Clues" ... as well as star Steve Burns, who you probably had a weird crush on at some point.

Steve was the owner of Blue, the show's namesake dog, and filled up our television screens for 8 years, before his "cousin" Joe — played by Donovan Patton — took over when Steve "went to college."

After Burns' departure, rumors swirled that he'd fallen into a pit of sex, drugs, and rock and roll … and, in the most extreme of gossip, that he'd died.

Some of that was true, well, the rock and roll part, anyway. Burns spearheaded a band and debuted his first album, "Songs for Dustmites," which had nothing to do with Mr. Salt or Mrs. Pepper.

He later collaborated with Miley Cyrus' BFFs at the Flaming Lips, and went on to release a second album in 2009, under the band name Steve Burns and the Struggle.

Needless to say, the Steve rumors swirling that he'd died of a heroin overdose were completely untrue.

The jokes aren't old, yet, as Burns continues them in his Twitter updates. His Twitter handle is @SteveBurnsAlive, so the joke is very much enduring.

He even celebrated the show's anniversary with a couple funny tweets earlier today:

Noticing that I'm less excited about the mail at 42 than I was at 22.