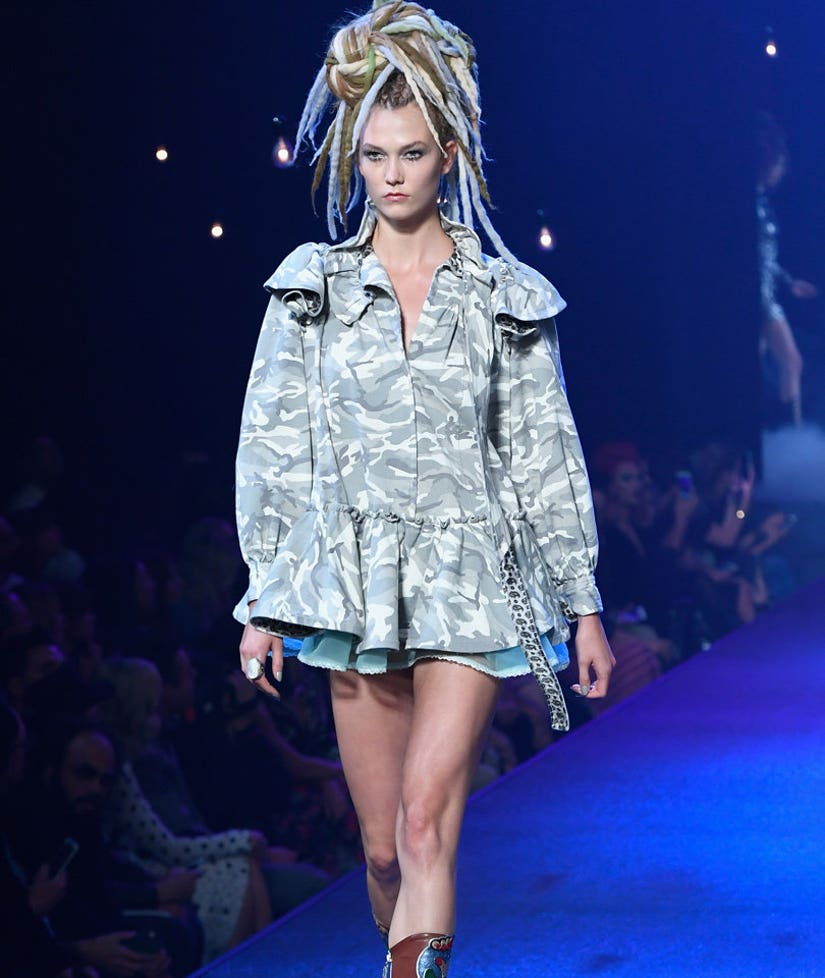 The models -- including Kendall Jenner, Gigi Hadid and her sister Bella and Karlie Kloss -- all hit the catwalk sporting multi-colored wool dreadlocks reportedly inspired by filmmaker Lana Wachowski, who appeared in the designer's fall ad campaign. According to hairstylist Guido Palau, they ordered the extensions off Etsy.

While Jacobs and Palau were apparently trying to pay homage to Lana, what they got instead was some serious controversy.

Almost immediately, the look was slammed for appropriating black culture.

"You should've [used] just women of color instead of white people.... or not used dreads as an aesthetic look or trend," one commenter wrote on an Instagram post shared on The Shade Room. "Was super cool until I realized the pastel hair was in dreads. Like a commenter above me said, if that was the look you were going for, use models of color. Would've been a great way to be more inclusive and have an amazing show with an otherwise-amazing aesthetic," added another.

Jacobs replied to both of the commenters above with a comment that really didn't help him all that much.

"And all who cry 'cultural appropriation' or whatever nonsense about any race of skin color wearing their hair in a particular style or manner - funny how you don't criticize women of color for straightening their hair," he wrote. "I respect and am inspired by people and how they look. I don't see color or race - I see people. I'm sorry to read that so many people are so narrow minded...Love is the answer. Appreciation of all and inspiration from anywhere is a beautiful thing. Think about it."

Palau was also asked about misappropriation after the show by The Cut.

"I don't really think about that. I take inspiration from every culture. Style comes from clashing things. It's always been there — if you're creative, if you make food, music, and fashion, whatever, you're inspired by everything," he said. "It's not homogeneous. Different cultures mix all the time. You see it on the street. People don't dress head-to-toe in just one way."

According to the publication, when asked whether "Rasta culture" was a source of inspiration, Palau added, "No, not at all."