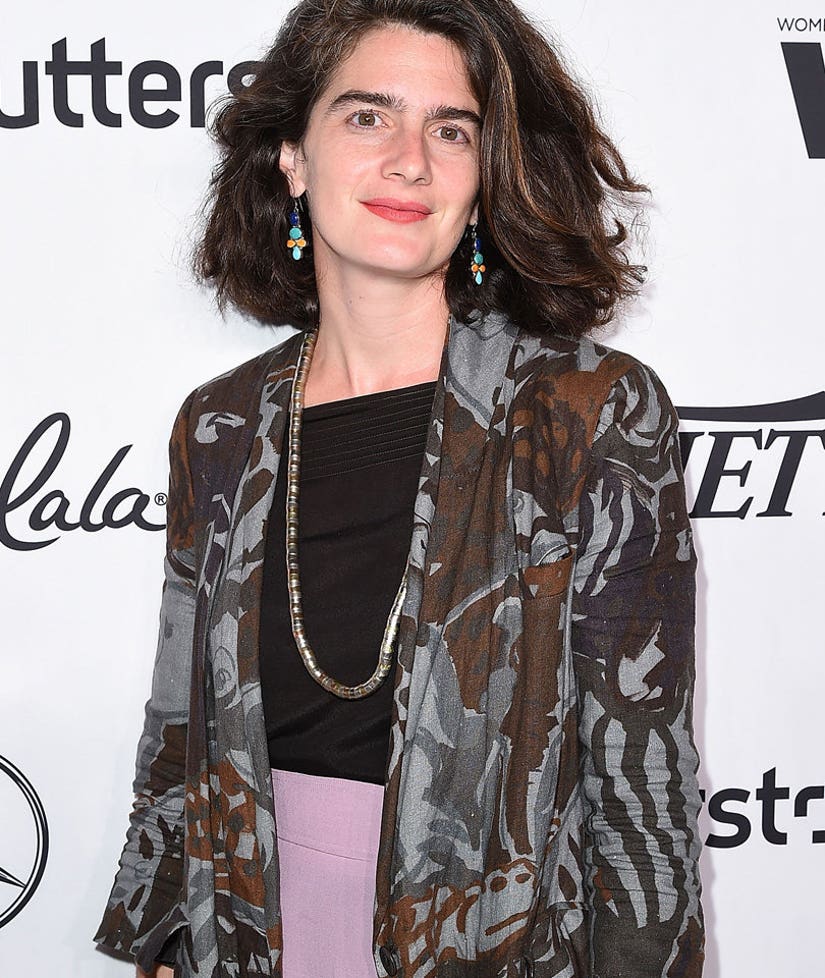 The "Transparent" star, who is up for Best Supporting Actress in a Comedy for her role as Alexandra Pferrerman, admits that she'll keep things pretty simple before walking the red carpet at the awards show.

"I'm going to have a cocktail and try to make some jokes," Hoffmann tells toofab's Rose Curiel about her Emmys prep during Friday night's Variety and Women in Film's Emmy Nominee Celebration sponsored by Mercedes-Benz. "You know, just try to have fun. I think the whole thing is a little over the top—a little silly, maybe."

And Hoffmann, who was nominated in the same category for the same role last year, knows a thing or two about experiencing the Emmys. But that doesn't mean the 34-year-old, who tells us she plans on bringing her best friend to the ceremony, isn't grateful for the opportunity to have a night on the town.

"I have a baby at home and I just try to take it as an opportunity to have fun 'cause I, like, never go out," says Hoffmann, who welcomed her first child, Rosemary, back in December 2015. "So let's have a drink and try to dance."

Hoffmann, who was in second trimester while filming "Transparent," had to hide her pregnancy on the show. The nominee, however, flaunted her bump—in a scene that saw her character trying to give birth naked in a bathtub—in a role on "Girls" that saw her picking up another Emmy nom for Outstanding Guest actress in a comedy series last year.

And though she told USA Today that it was "exhausting shooting 12 or 14-hour days" as an expectant actress, the star couldn't be happier in her role as a mother.

"Motherhood is the best thing in the world," she told toofab before heading into the pre-Emmy party—presumably to enjoy a drink or dance.

Be sure to come back to toofab on Sunday, September 18 for full Emmy coverage starting at 3pm PT!