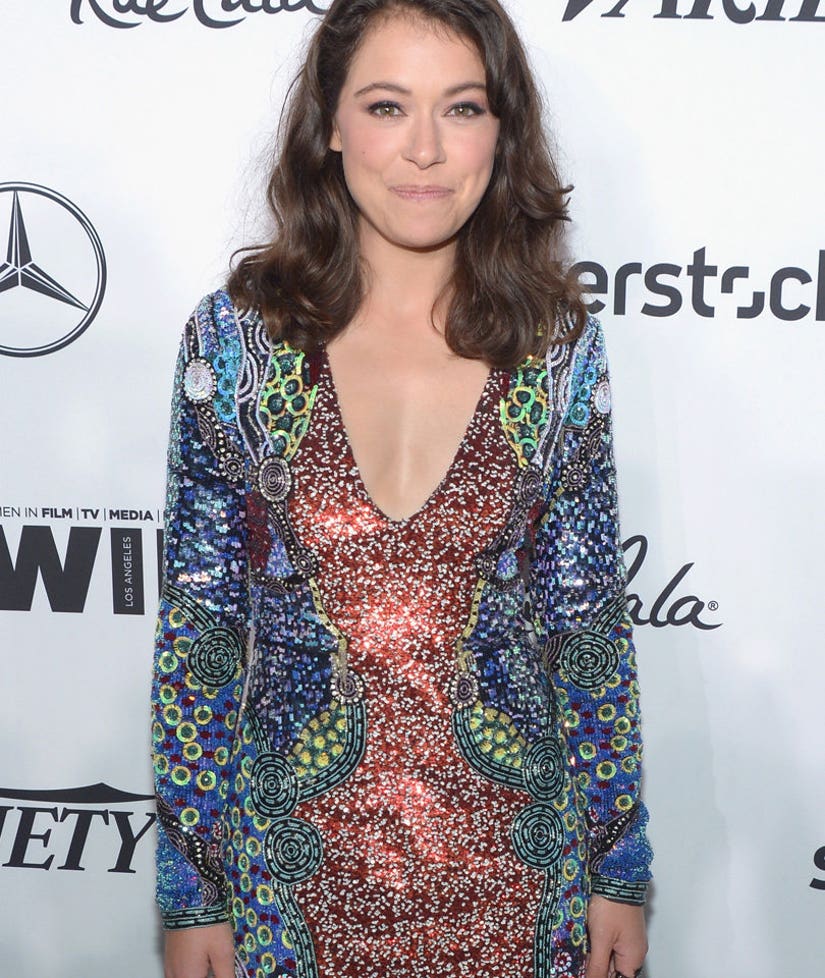 Tatiana Maslany's work on "Orphan Black" is some of the most impressive in the game right now ... but the Emmy-nominee says she's always looking to improve her craft.

Speaking with toofab's Rose Curiel and a small group of reporters at the Variety and Women in Film's Emmy Nominee Celebration sponsored by Mercedes-Benz on Friday night, the Canadian star opened up about why she still takes acting classes, despite her already-impressive resume.

"So many of my friends are working actors and we all train still," she explained. "I think acting is like, you use yourself, you use your experiences, you use your creativity and your limits and you test those limits, so when those change as you grow and you change as a person, I feel like you have to continue to evolve your art form in the same way you evolve yourself as a person."

As Sarah Manning ... and a bevy of other clones ... Maslany's gig on "Orphan Black" illustrates the rich roles available for women in sci-fi and television in general, something the's proud to be part of.

"I feel like sci-fi's always been ahead of the game in terms of that stuff," she explains. "Buffy was something I watched growing up and that always felt very empowering. Television right now is telling really interesting stories about women. It's kind of an exciting time."

She adds that "Transparent" is her favorite show out there right now. "I believe every moment. The moments are intimate, but huge. The characters are both totally deplorable and the most lovely, wonderful, relatable human beings."

With her BBC series coming to an end after the next season, Maslany will be saying goodbye to the many, many characters she plays on a daily basis. So, which one will she miss the most?

"Helena," she admits, "just because she's bizarre and very animal in base, she lets me do the things I normally would not do in everyday life!"

Another thing she doesn't do in everyday life: get all glammed up for the red carpet.

"It's just a whirlwind, it's very surreal and a dreamland," she says of getting prepped for Sunday's big award show. "I'm just enjoying it and try and have as much fun as possible and not take anything too seriously."

Maslany tells us she'll be wearing a "very fitted, very form fitting" dress when she hits the red carpet tomorrow. "Body-con, no tape required, it's very a very comfortable dress."

"It's like 48 hours worth of hair and makeup, roping me into a look, which will be nice," she adds of her Emmy-morning routine. "Take it easy in the morning, then get very nervous as the day goes on. This is not a normal thing!"

Check toofab later today to see what she ends up wearing -- we'll have red carpet coverage starting around 3pm PT.