Miley Cyrus appeared on Monday's "The Tonight Show," where she and Jimmy Fallon teamed up for a new "Ew!" skit.

Check out the clip above to see Miley and Jimmy as teenagers "Sara" and "Becky"!

In the short, Cyrus looks just like her Disney character Hannah Montana, while Jimmy hilariously reprises his blonde-haired, braces-wearing school girl. The two then create some hilarious "instant memes," have a dance party and play an "Ew!" speed round together. 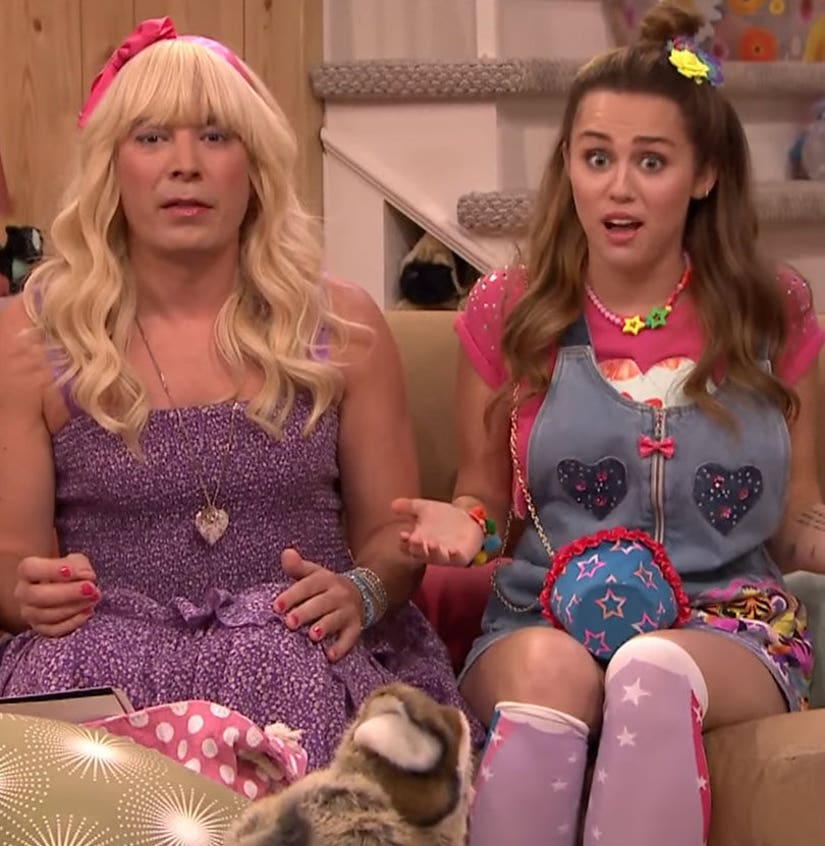 "I didn't see you, like, all summer," Fallon (as Sara) says to Cyrus in the video.

"I know!" Cyrus replies. "First, I was at theater camp. Then I had to go on a family vacation to the Grand Canyon. Ew! It was so lame. It's just a big dumb hole in the ground and it doesn't even have Wi-Fi. I'm actually glad to get back to school."

We love seeing the new "Voice" coach looking more like her old self -- what do you think about 23-year-old's "Tonight Show" appearance? Sound off below and check out the gallery above to see more of your favorite child stars then and now!