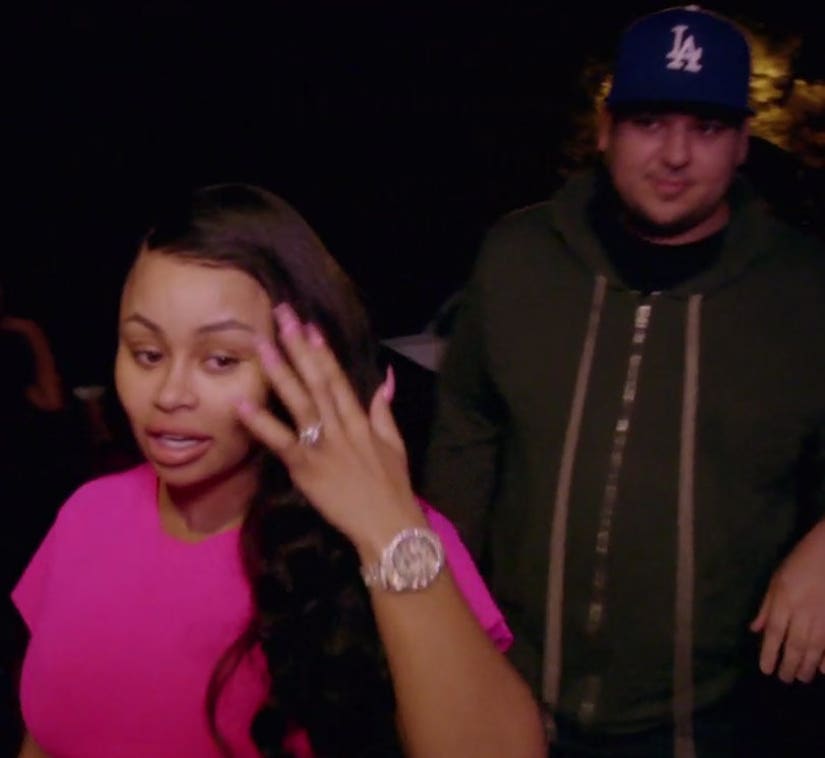 Blac Chyna and Rob Kardashian are taking an interesting walk down memory lane.

In a sneak peak of this Sunday's episode of "Rob & Chyna," the mother-to-be takes her fiancé to her former place of employment: Sensationals strip club in Washington D.C.

As Rob, Chyna and their entourage pull into the parking lot of the club where Chyna used to dance, Rob begins to express his disapproval.

"If I ever catch my daughter up in here…Boy!" he says, clearly wanting his unborn daughter to have nothing to do with establishment.

His ladylove, however, is not ashamed of her past as a stripper.

"I'm proud of where I came from and I just wanted to show Rob what I had to go through and the environment that I had to be in to make me this person," Chyna tells the cameras. "But Sensationals it's like totally ratchet and it might get crazy at times so I'm not sure how he's gonna react."

Based on commercial for the upcoming episode, Rob's none too pleased with the couple's visit to the strip club.

"I don't ever want you coming back here again," he tells Chyna.