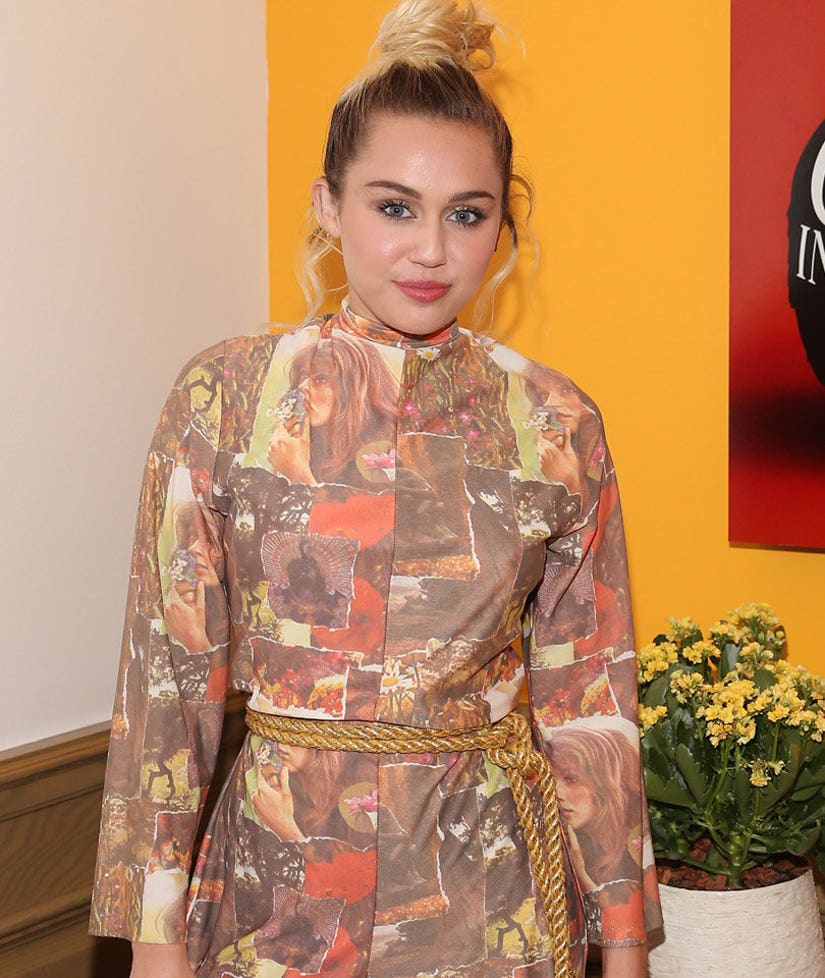 Miley Cyrus is letting her "Voice" be heard.

The 23-year-old, who is currently a judge on "The Voice," got very candid about her thoughts on contestants—and one very famous singer—in the October issue of Elle.

The "Wrecking Ball" singer revealed that if contestants on the reality competition show have a sad story to share, she's not interested in hearing it.

"It's like, if you're going to have someone win because of their story, go write a screenplay about your life," she explained. "On 'The Voice,' I try to steer away everyone who comes in here with an idea of what 'The Voice' means, which is that you've got to be the pitch-perfect singer."

And for Miley, that also means that contestants shouldn't try to distract from their singing chops with fancy get-ups. She elaborates on this point when she explains what she meant by telling one "Voice" hopeful that not everyone could be Mariah Carey.

"I've never really been a fan, because it's so much about Mariah Carey," she explained. "That's part of her shtick; I can see through that. That's part of what makes her a gay icon; like, it's about Mimi! It's about what she's wearing, and it's about her. What I make isn't about me. It's about sharing my story; it's about someone being connected to what I'm saying.

Miley, who recently revealed she'll never walk a red carpet again, says she's more of a "hermit" now who prefers "chilling" away from the spotlight.

"Paparazzi always made me really uncomfortable," she said. "You're growing up and you look weird sometimes. My zits were all crazy; I've gone through some hair trauma. That's how I started sticking out my tongue in pictures. Because I hate everyone being so serious."

And speaking of growing up, the blonde beauty admits she and her family made some regrettable mistakes early on in her career.

"I mean, at one point—they'll probably kill me for saying it—I was probably the least paid person on my ["Hannah Montana"] cast because I didn't know any better," she explains. "I was just like, I can be on Disney! Yeah, I want to do it! "

"My name was Miley on my show, but I didn't own my name—we didn't think about that," she continued. "Like, yeah, you can use my name on your show, sure! My mom started understanding how many people take advantage of a child, so she hired smart people to protect me in that way. I'm happy that when I was younger, people protected me and put me in a position where I can now control my music."