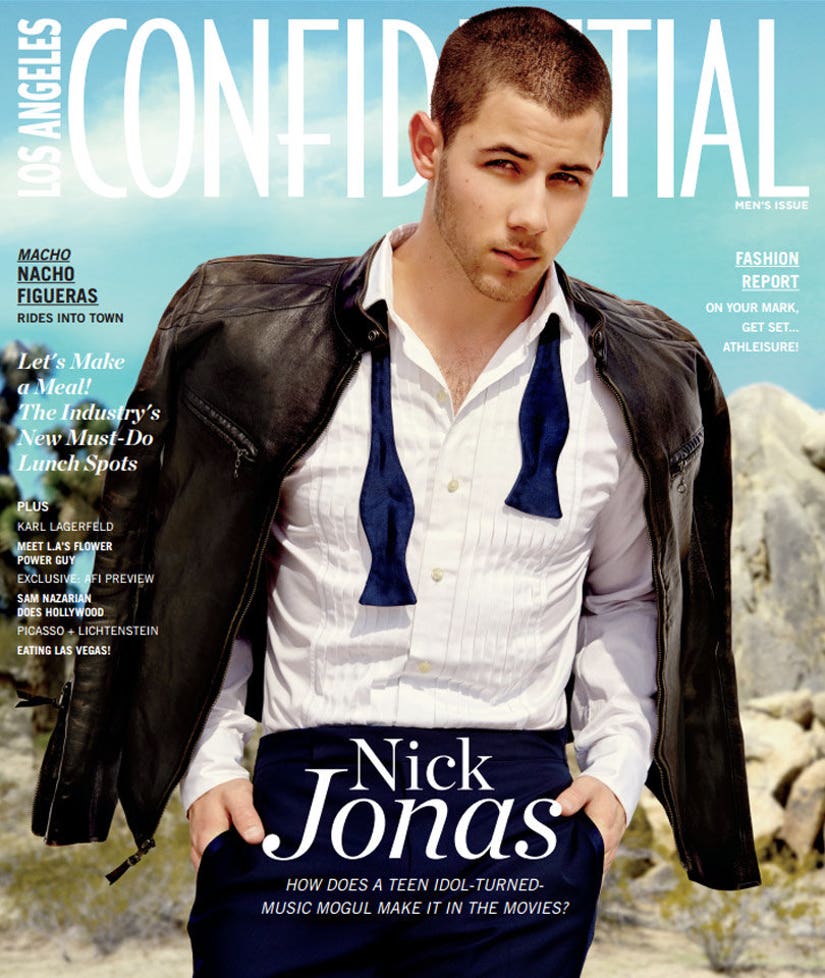 Dating's tough ... even for celebs!

Nick Jonas covers Los Angeles Confidential magazine, where he dishes on his personal life and opens up about his high-profile split from Olivia Culpo last year.

Only 24-years-old, Jonas says dating has been a bit of a challenge for him.

"It's been challenging to find any time on that front," the "Jealous" singer tells the mag. "But it's also a choice I made to just have this season of my life be solo, so that I can make the most of all I'm trying to accomplish."

Nick and his beauty queen ex ended their relationship after nearly two years of dating. While the singer says he was a bit broken up about it, he poured all of those emotions into his last album,"Last Year Was Complicated."

"Heartbreak is a theme that a lot of people relate to—the challenges of the next steps in your life, and when some doors close, and how you approach the next ones opening," he says. "I saw pretty quickly that it was a lot of what my fans could relate to. It's nerve-wracking when [the feelings] are as personal as the ones that I shared were. But I feel relieved when I use my writing as a way to process—it's very therapeutic."

"I was on a rocket ship to the moon with my brothers as part of a teen phenomenon," he explains. "And to come back and solidify an adult career with real confidence in myself and pride in my work, I think I've now been able to see things a little bit differently. And that really does shape who you become as a person, the way you see the world ... and the way you treat other human beings."

What do you think about the "Close" singer's candid comments? Sound off below and check out the gallery above to see more child stars then and now!