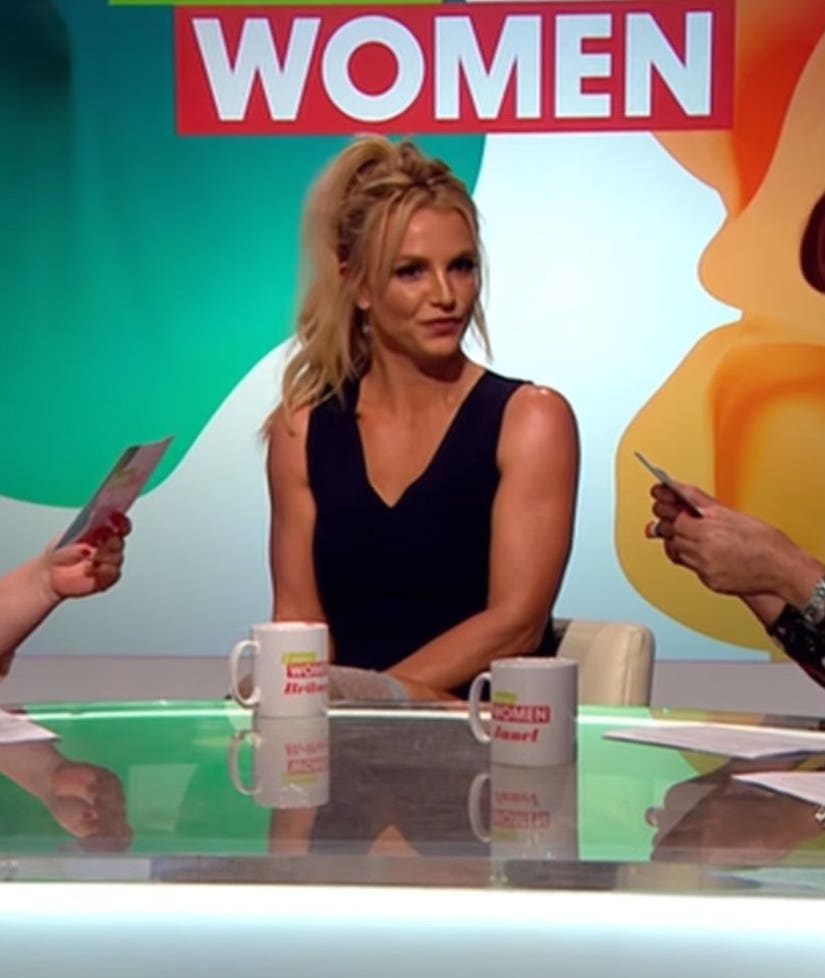 Britney Spears is in the hot seat!

The "Make Me" singer is promoting her "Glory" album in the U.K., and last night saw her stopping by the set of British show "Loose Women" to answer a series of rapid fire questions.

We learned a lot about Brit Brit during the quick Q&A segment that had her revealing she prefers thongs over Spanx, the lights off rather than on during the dirty deed and dad bod over buff bod!

But the juiciest deets came from her game of "Snog, Marry, Avoid" (the U.K. version of "Shag, Marry, Kill) with Justin Bieber, Madonna and Simon Cowell as her options. The 34-year-old quickly elected the Biebs as the person she would like to plant a kiss on — but what about the other two?

Check out her burn above!

The songstress also took the time to teach the hosts a sexy, booty-smacking dance routine.

"You've got to get the booty action," she said as she coached the ladies, while clad in a body-hugging black romper and over-the-knee boots.

Watch the entire routine in the video (above)!