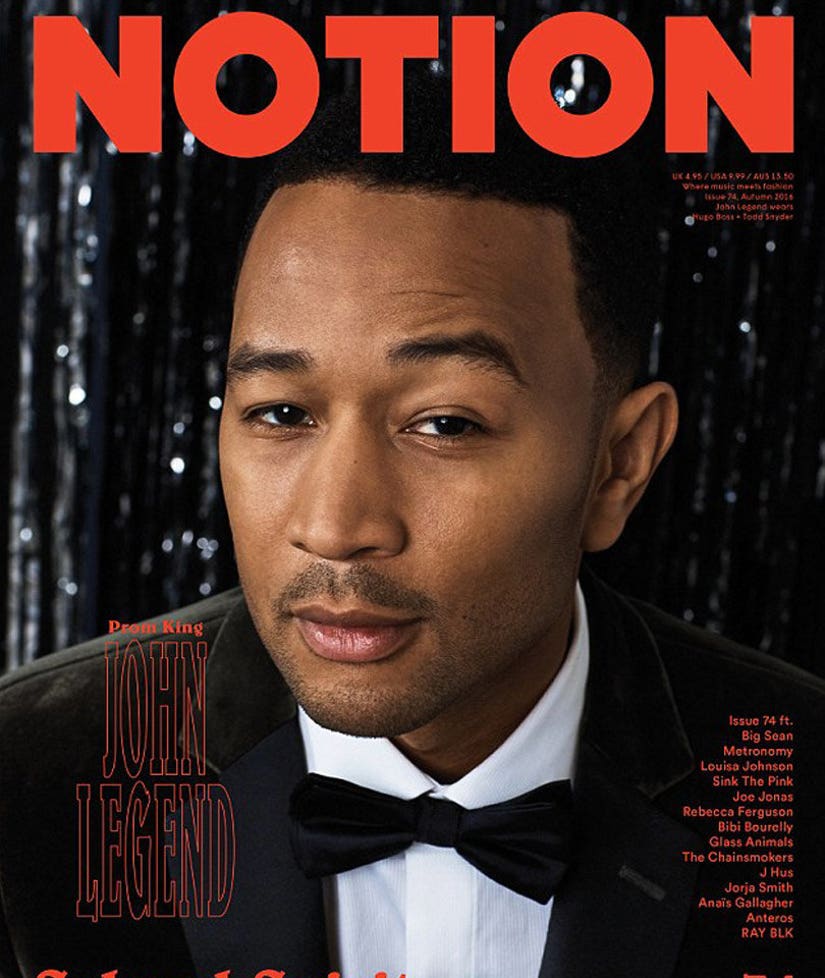 The "Green Light" crooner covers the new issue of Notion magazine, where he opens up about being a dad to daughter Luna, finding fame in his 20s and his upcoming fifth studio album.

John and wife Chrissy Teigen welcomed their first child together in April. Since becoming a parent, Legend says he's made a few changes to his life.

"Well I think it shifts your priorities a bit, gives you a new perspective," he tells the mag about parenthood. "You realize what's important for you, for your family and for your career."

"It just takes over your life when you have a child… I spent a lot of time at home with her for the first three months and with my wife, you know, it just humbles you," he adds. "I think everyone struggles with being a new parent, everyone's trying to figure it out and I think it's a humbling process."

Though this is definitely a major milestone for the "All of Me" singer, John has led quite an impressive life and career already -- one that he's thankful didn't really start until he was an adult.

"I think it was helpful for me to become famous when I was an adult already; I was twenty-six years old," he says of his career. "I think it's harder for people that become famous when they're a lot younger because you never had to be an adult without being in this very unrealistic world. It is unrealistic if you don't know what the real world is like and me having lived in the real world for a while was very helpful."

Legend's finishing up his fifth studio album, a record he says is a natural "progression" of his sound.

"I don't think it's a dramatic change," he reveals. "I believe that it's progression; continuing to push myself and trying to perfect my craft and, to me, that really is to write the best songs you can write, then try to record and produce them in the best way that you can. That's what we focused on; trying to write great songs that told my story. It's a bit more of a live band sound than previous albums, we used a live drummer more than we used to, so on a sonic side that's one of the biggest differences, it gives it a more soulful feel I think."

What do think about 37-year-old's candid comments? Sound off below and check out the gallery above to see more pop stars then and now!