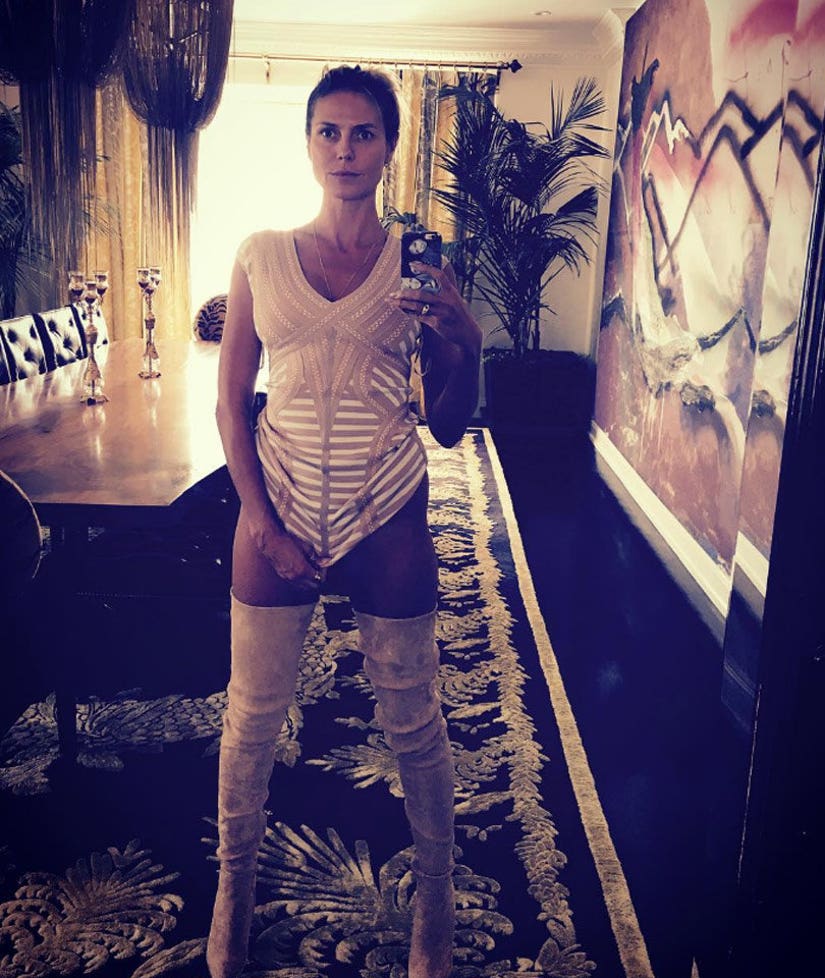 Heidi Klum is the Queen of Halloween ... and she just started teasing this year's sure-to-be impressive costume.

In the past, the "Project Runway" host has shocked and amazed as Jessica Rabbit, a granny, Cleopatra, a skinned body, an ape, an Indian goddess and one of the strangest robots we've ever seen.

Her looks instantly become the most talked about of the year ... so, what's she got in store for 2016?

The 43-year-old supermodel took to Instagram on Thursday to give her followers a sneak peek of at least part of her costume. "First fitting for Halloween ..... Hmmmmmm..... what am I going to be this year? Can you guess !?!?!?!?!?!" she captioned a shot of her sporting thigh-high suede boots and a dress pulled up to her waist."

We're guessing those boots are the only thing in this photo we'll be seeing come October 31 ... and while it's not much to go off of, most of Klum's fans seem to think she's dressing up as Kim Kardashian.

Of the 350 comments on the pic at the time we wrote this post, at least 40 of them named the "Keeping Up with the Kardashians" star as her likely inspiration.

12 fans thought she could be a mummy, 8 guessed Lady Gaga, while Barbarella, Stormtrooper and Ariana Grande all got 4 votes each as well.

While she likely won't reveal the finished product until Halloween night, we do have one final clue: she's getting facial prosthetics again. A video from last month shows her getting a mold of her face made for something .. so that may rule out some of the guesses above.