SJP's in the hot seat!

Sarah Jessica Parker stopped by "Watch What Happens Live" on Thursday, where she played a game of "Plead the Fifth" with host/ her BFF Andy Cohen.

Check out the clip above to see what the "Sex and the City" star had to say about dating the late John F. Kennedy Jr., Carrie Bradshaw's many exes & more!

During the sit down, Andy asked the actress what it was like dating the son of John F. Kennedy. "I ask on behalf of America, what was it like to passionately kiss JFK Jr.," Cohen asked a visibly uncomfortable Parker.

"What do you hope that it was like," she strategically quipped. "Everything," Andy said. "Yeah, it was pleasant," she confirmed with a sly smile.

Next up, Andy enlisted Sarah's "SATC" costar Chris North (aka Mr. Big) to ask her the next question. "Who was your least favorite of Carrie's boyfriends," he hilariously grilled Parker.

The actress couldn't contain her laughter over the question, which came from her "SATC" character's longtime love. "My least favorite of Carrie's boyfriends ... not to be confused with actors who played the boyfriends, correct? Who was that fella .. the writer and he was really serious. Is he the one that broke up with me on a post-it? Yeah, I didn't care for him," she revealed.

Finally, SJP's other "SATC" costar Cynthia Nixon gave Sarah the final question: "What is the most annoying thing about your best friend Andy Cohen?" she asked. Check out the clip above to see what Parker said!

Later in the show, Parker opened up about meeting Kim Kardashian and Kanye West where she revealed that she was very "flattered" and "humbled" when Kim said she was her biggest fan. She also enjoyed meeting Kardashian's hubby. "I felt Kanye to be incredibly warm and very present," she said. 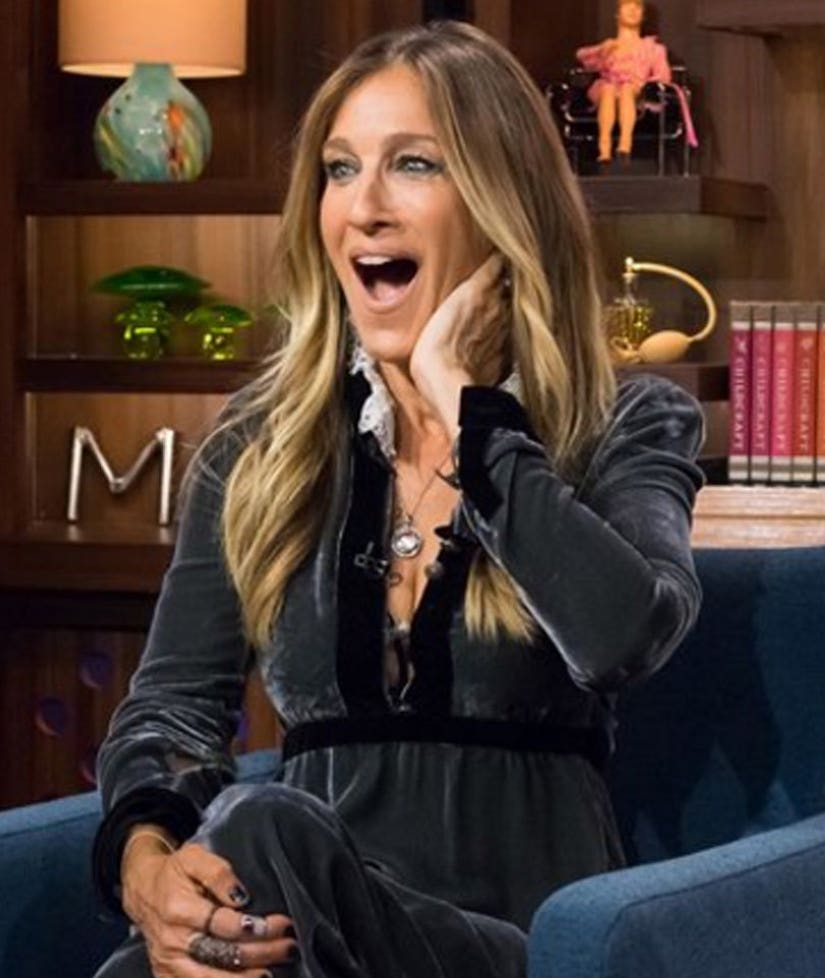 What do you think about "Divorce" star's candid comments? Sound off below and check out the gallery above to see more of your favorite "Sex and the City" stars then and now!