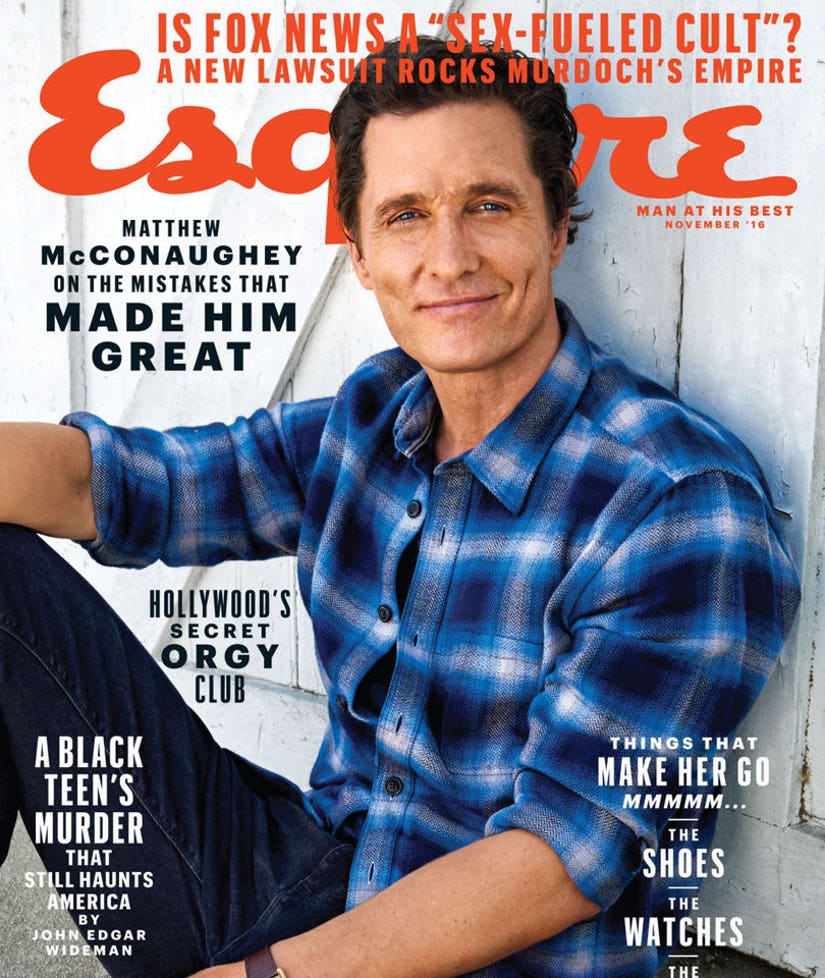 Matthew McConaughey is one lucky man.

The "Gold" star covers the November issue of Esquire magazine, where he opens up about proposing to his model wife Camila Alves, the birth of his first child Levi and changing his "brand" in Hollywood.

McConaughey -- who married Alves in 2012 -- says he can still remember her exact reaction when from when he proposed.

"I remember hitting the knee, looking into her eyes and … I remember her face," he explains. "I remember this smile coming up from her feet. I remember her having to catch her breath. And she didn't say yes right away. And then the whole family was going, 'Jeezus, she's gonna say no.'"

Thankfully for him, a "Yes" eventually came.

Following appearances in flicks like "How to Lose a Guy in 10 Days," "Failure to Launch" and "Fool's Gold," the Oscar-winning actor felt typecast. "I understood, whoa, that's become my brand," he explained, before revealing his plans to "unbrand."

Matt says that his wife was extremely supportive when he told her he wanted to change his image after starring in only romantic comedies.

"A good woman gives a man courage and confidence—the courage to have the confidence to go and do it, to not be worried as much or consider as much what the rest of the world thinks," he explains.

And when the couple welcomed their first child, Levi, together that same year, McConaughey says he never felt more masculine.

"Out comes this screaming little life with a pair of balls," he explains of his son's birth.

"Man is never more masculine than after the birth of his first child," he reveals. "I don't mean in a macho way. I mean in terms of giving a man strength."

What do you think about the 46-year-old's comments? Sound off below and check out the gallery above to see more leading men then and now!