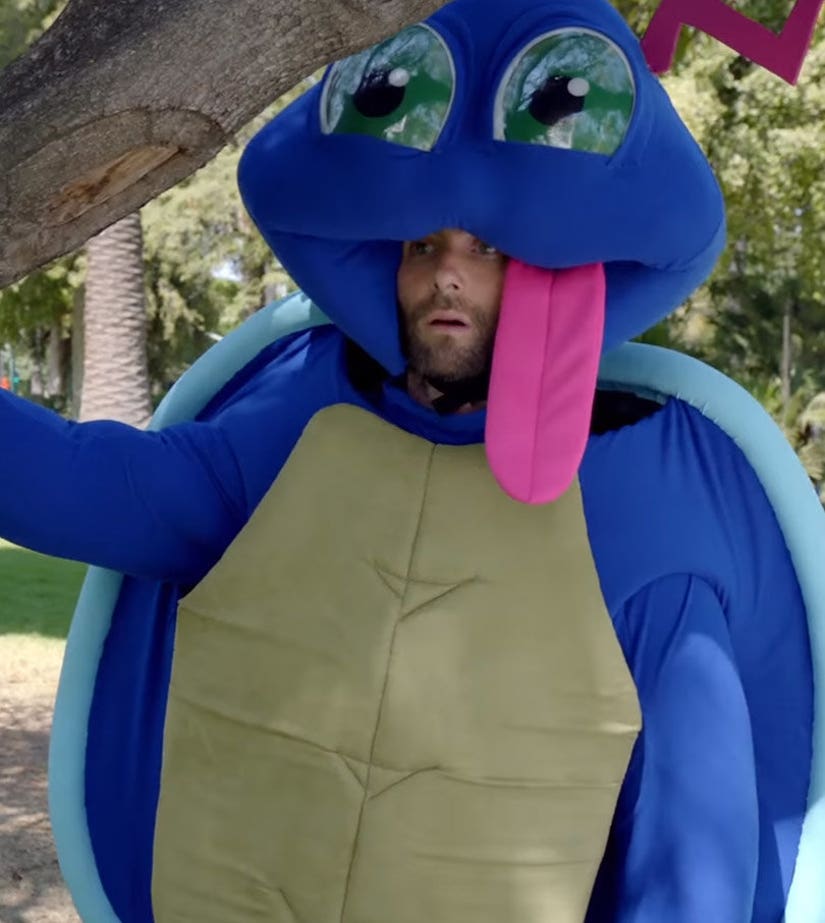 Maroon 5 dropped their music video for their new single, "Don't Want To Know," on Friday, which features frontman Adam Levine and the band cruising around town in Pokémon getups.

The quirky video also features a cameo from Sarah Silverman, who plays Levine's ex-girlfriend in the video game-themed clip.

Clearly, "The Voice" coach isn't over his ex in the video, as he croons the breakup lyrics while drinking the night away. "Wasted (wasted) / And the more I drink the more I think about you / Oh no, no, I can't take it / Baby every place I go reminds me of you," the lyrics read.

There's also a special cameo at the end from Vince Vaughn, who's also dressed in a Pokémon costume.

And on a completely different note, The Weeknd dropped an extremely violent (and very NSFW) music video for his new single "False Alarm."

In the video for the second single from the singer's new album, "Starboy," a gang of masked assassins roll around town shooting and kidnapping anyone they see.

Of course, this isn't the first time the pop star has had some seriously explicit content in his music videos ... this is just the most graphic to date.

There's also been some interesting fan theories surrounding the "Can't Feel My Face" singer's latest video, suggesting that The Weeknd's music videos have been telling one sole story: How he sold his soul to the devil.

A very determined Reddit user investigated all of the singer's music videos and their relationship with the devil in a post titled, "Why all of The Weeknd's music videos are the story of a man's decent into sin, evil, hell, and madness" -- and pieced the story together.

Whatever the tale the 26-year-old is trying to tell, this is by far his most brutal video yet.

What do you think about Maroon 5 and The Weeknd's new videos? Sound off below and check out the gallery above to see more pop stars then and now!