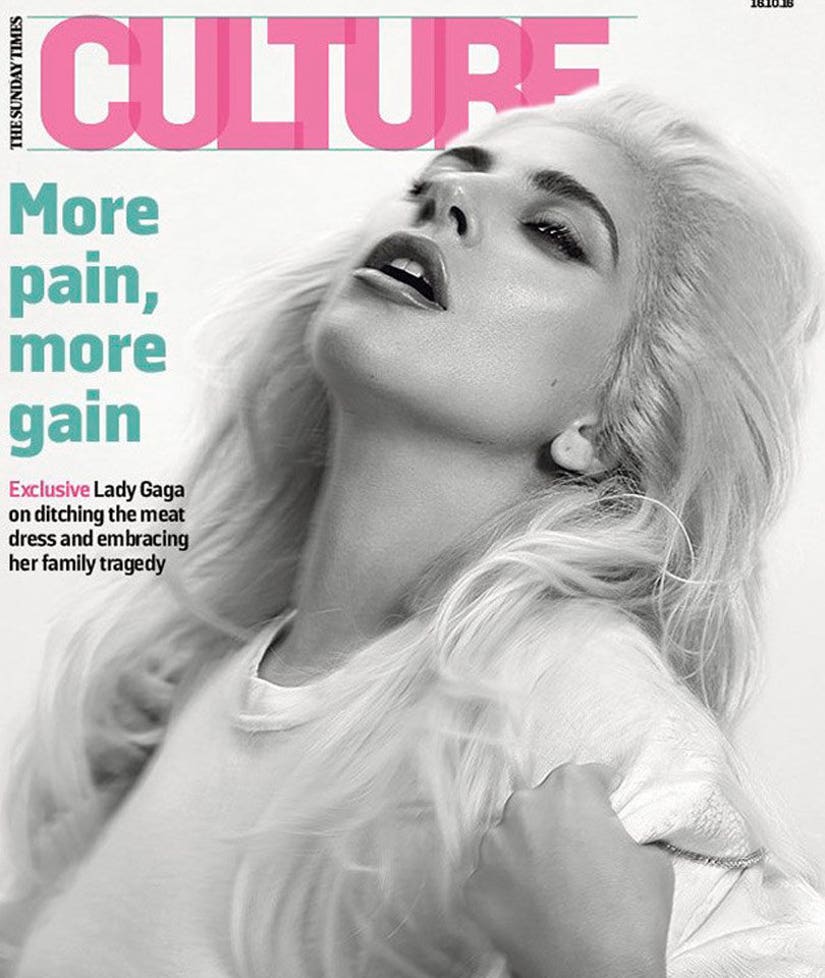 Lady Gaga is all about the music.

The pop star covers the new issue of the London Times' Culture, where she reveals why she decided to tone down her style. Bye, bye meat dresses!

"To be frank, I would just prefer to go through this album cycle and talk about my music. That'd be great, she told the mag. "It becomes about everything else, and that was what I [once] wanted."

"But if I wear a black T-shirt and black pants every day, [people] might listen to what I write," she continued. "All the outfits, fashion and art pieces over the years made sense to me. They didn't make sense to other people. But I always got it. It was an expression, not a hiding."

Like her current style, Gaga's new album Joanne was inspired by her New York City upbringing.

"You can't make music with a bunch of boys who are staring at a lobster on your head," the "Do What U Want" singer joked. "They are going to get distracted."

Gaga also says that her new album is going to be drastically different from her last record, Artpop.

"This woman in middle America with hair pulled back, no makeup...[in] a sweatshirt you'd buy at the drugstore, [with] a kid in one hand, pinot grigio in the other, two kids running around. You don't know if she's married. But she's at my show, crying her eyes out because she feels I'm speaking for her," she said of her inspiration for her first single from the album, "Perfect Illusion."

"In this world, we're all trying to keep up, put a perfect image out of who we are," she confessed. "But the most happy and authentic I ever feel is when I am who I was as a child."

What do you think about the singer's comments? Sound off below and check out the gallery above to see more pop stars then and now!