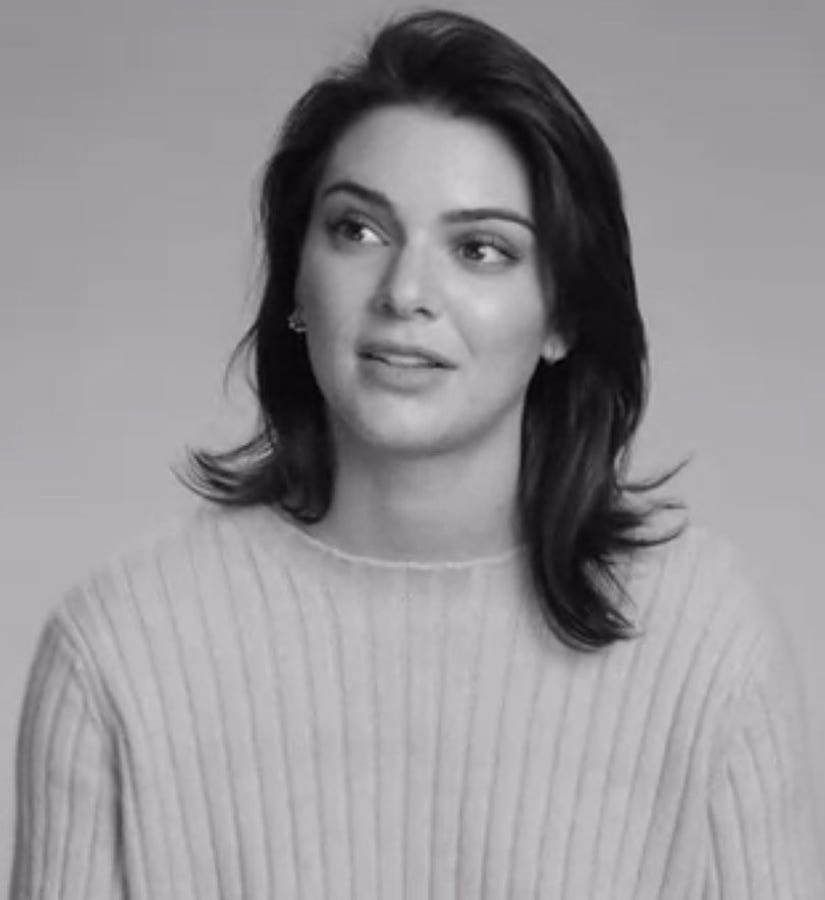 Kendall Jenner has grown up right in front of our eyes!

The "Keeping Up with the Kardashians" star appears in a new feature for W magazine, where she dishes on her first kiss, her first crushes and getting into the modeling biz.

Jenner says her very first kiss was in a shower! "You're going to think this sounds really crazy, but it's not as crazy as it sounds. It was in a shower, but not on," she explains. "We were fully clothed playing truth or dare and it was me and three of my friends. And my little sister was trying to spy on us."

"My room didn't have a lock on it, but the bathroom door did so we all shoved in the bathroom until when we got dared to kiss someone," she continues. "We would have to go in the shower and like close the curtain so no one would see and we'd kiss and come out. So it was in a shower, but it wasn't as naughty as it sounds."

Lucky for Kendall, her first kiss -- though during a game of Truth or Dare -- was with a boy she "really, really liked."

"It was weird, but it was cool because it was with a kid that I really, really liked," she confesses. "I haven't spoken to him in so long – since then probably."

Jenner also dishes on some other firsts -- like her pop star and actor crushes. "Like, I think I had a crush on Zack and Cody from 'Suite Life of Zack and Cody,' and who else did I have a crush on? Oh, Justin Bieber was like the pop star of my time," she explains. "I feel like I must have had a 12-year-old crush on him. Not anymore though!"

And when it comes to the big screen, Jenner was a big fan of Brad Pitt's. "I mean, I love young Brad Pitt. And now Brad Pitt I guess. I watched 'Legends of the Fall' recently for the first time. I'm really late to the party, but it was really good and he's really hot," she says.

Though she's pretty seasoned now, Jenner says she was so nervous when it came to landing her first big break in the fashion world.

"My first big break the Marc Jacobs show" she says. "I think I wasn't nervous because I was wearing flats, I was like, 'I can't fall.' And then my t--s were out. I don't know why I wasn't nervous about that. I'm weird, I love my t--s being out. That's one of things, I guess. I'm young, when I'm older I want to be able to look at it and go, 'I looked good!'"

What do you think about the 20-year-old's comments? Sound off below and check out the gallery above to see more of Jenner's best runway looks!