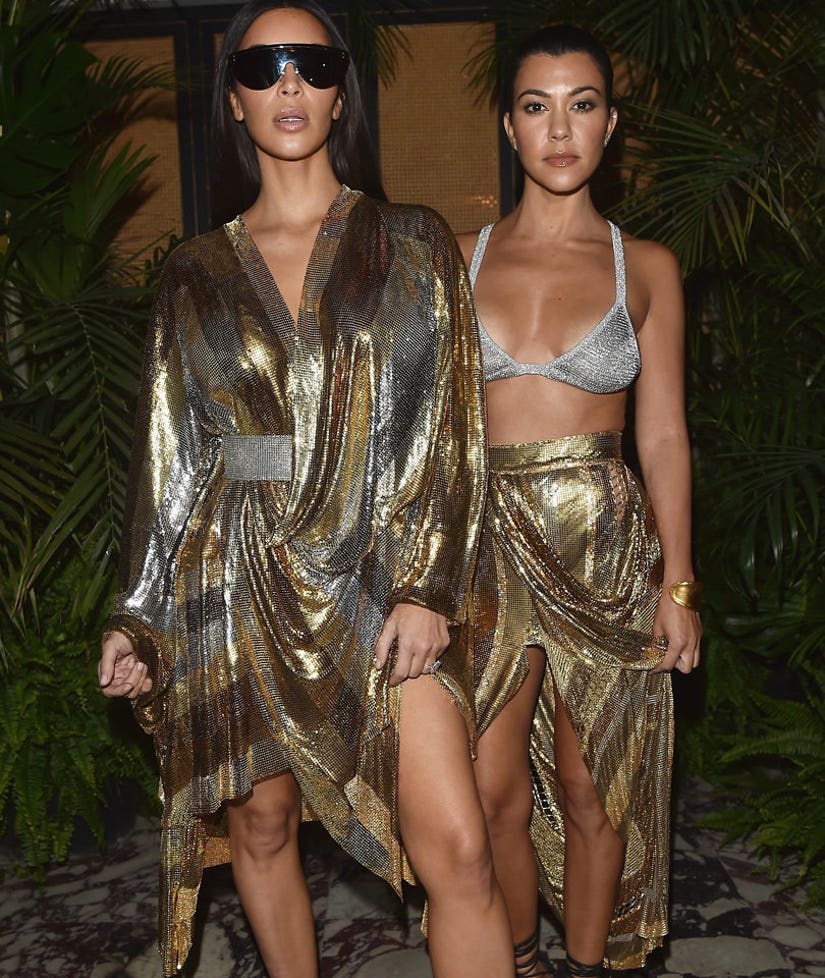 Kourtney Kardashian is the latest family member to speak out about sister Kim Kardashian being robbed at gunpoint in Paris.

When the horrifying ordeal happened, the reality TV's bodyguard was actually out with Kourtney and Kendall Jenner, as the duo continued to party after Kim returned to her Parisian apartment.

In a new interview with Australia's "Today Show," Kourt says the family is doing its best to soldier on.

"She's not doing great," Kardashian says. "We're all still shaken up and I think she has a big, supportive family. Like all the traumatic things that we've been though, we get through them together as a family and that's what family's all about."

When asked whether the ordeal had an "impact" on her personally, Kourtney had this to add:

"I feel like, in our family especially, we go through traumatic things, our lives move so quickly, sometimes we don't have time to digest them. I've personally been taking time to digest everything and I'm still shaken up."

On Monday, Kim's assistant, Stephanie Sheppard (aka Steph Shep), took to Kim's app to update her fans on why the paid website hasn't been updated recently. While the answer should be fairly obvious, Sheppard told Kim's followers to stay tuned.

"Hey group, so you may have noticed we haven't updated the app in a couple weeks," she wrote in a handwritten letter. "Keeks is taking some much needed time off."

"But not to worry, we've called upon Kim's closest friends, fam and yours truly to save up some exclusives," she added. "Stay tuned for new posts and app takeovers!! Thank you so much for your support for my girl. Love you mean it."

Khloe Kardashian previously addressed the robbery when she appeared on "The Ellen DeGeneres Show" earlier this month.