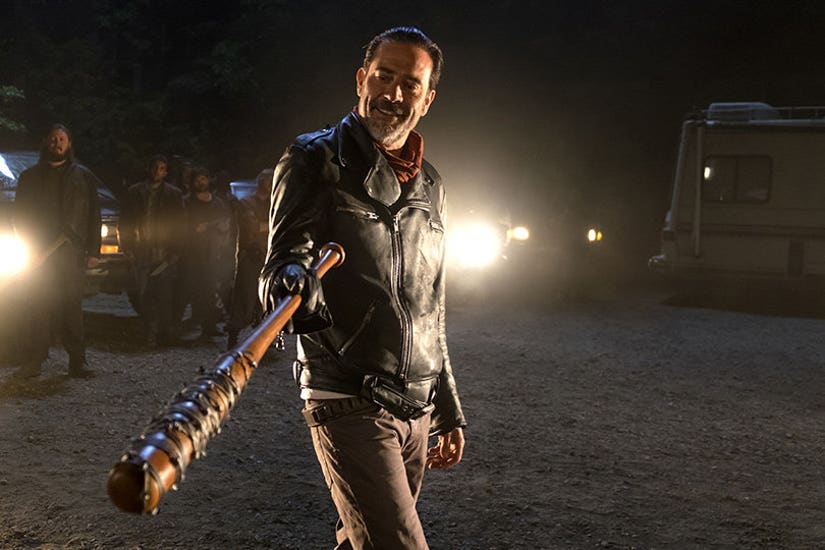 This should go without saying, but SPOILERS BELOW!

"The Walking Dead" fandom has been waiting six excruciating months to find out one thing: who got offed by the new Big Bad, Negan?

The arrival of Jeffrey Dean Morgan's character and his barbed-wire wrapped baseball bat, Lucille, in the season six finale ended with him bashing someone's head in ... and tonight, we finally learned who. And man, it wasn't easy to say goodbye!

Like the comic books, Glenn was the one to go, but he wasn't alone.

The episode started with Negan's bat already covered in blood, with a dazed Rick saying, "I'm gonna kill you. Not today, not tomorrow, but I'm gonna kill you." Axe in hand, Negan then grabs Rick, takes him into his camper and slams the door. We then get a closeup of battered brains, before the title sequence.

That's right ... after 6 months of waiting, AMC made us all wait just a little longer to reveal Negan's victims.

It wasn't until after the second commercial break that we found out what happened, as we first witness Rick and Negan go a nice little road trip together. "I want you to think about what could have happened, what happened and what could still happen," Negan tells his prisoner. "You are mine, the people back there, they are mine."

They stop in the middle of a misty clearing, as Negan throws his axe out of the RV and tells Rick to retrieve it. After being flung into the darkness, Rick finds his way to semi-safety by climbing on top of the vehicle. As all this is happening, we see flashes of all the survivors lined up, Negan passing each of them with a bat, as black and white images from seasons past fill the screen. He collapses.

Only then comes the brutality.

The next scene picks up where the finale left off, with Negan playing the worst game of "eeny meeny miny moe" ever. It ends on Abraham. "Look at that, taking it like a champ," the leather-clad villain says after the first blow. "Suck my nuts," Abe tells him, blood running down his face. That's the last thing we ever hear him say. Sasha and Eugene's reaction shots are just heartbreaking.

Negan is relishing in the moment though, bragging about his "dirty girl" Lucille, now covered with blood and bits of brain. Then, almost without warning, he lets her loose on Glenn's head. Maggie's cry of pain as he gets back up, eye popping out, is gut-wrenching.

"Maggie, I'll find you," he says. Tears from everyone on the line (and, if we're being honest here, at home). Negan finishes him off, as the camera cuts to each person's reaction with every slam. "You bunch of p---ies," the bandana-wearing baddie shouts, "I'm just getting started."

At this point in the episode, this is, without a doubt, the hardest hour of "The Walking Dead" to watch ever ... and it's only halfway done. Abraham will certainly be missed, but Glenn's death is sure to have major consequences for the group. Maggie, who just learned she's pregnant, will be forced to raise their child during the zombie apocalypse without a father. Rick also just lost one of his closest confidants. There aren't many survivors left who have been there for him since Day One. 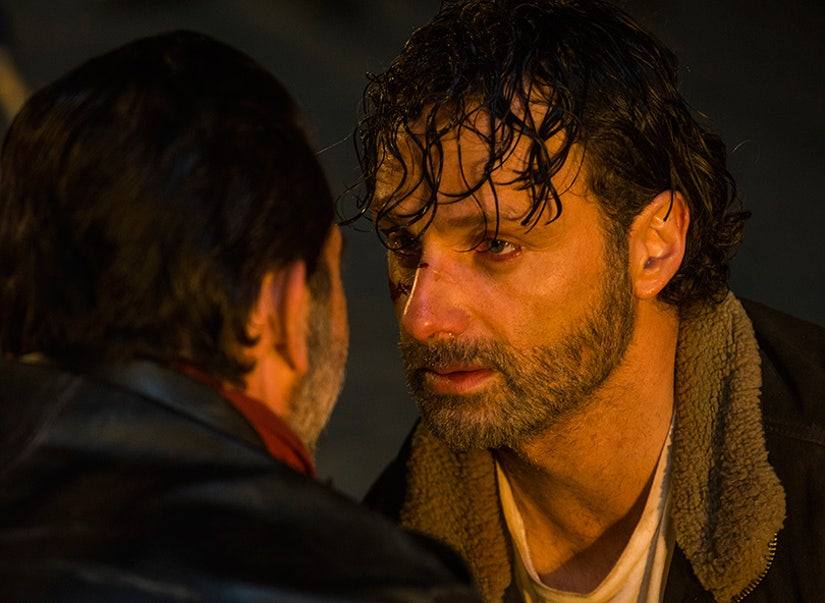 When Negan reunites Rick with his group, he's still not done torturing them just yet. Instead of letting them go or just killing them all, he has his lackeys pull guns on all the survivors. He then tells Rick to cut off his own son's arm ... or he'll shoot all his friends.

Seriously, if you're Rick, what do you even do here? The tension of this scene is hard to take.

As Carl says, "Just do it," Rick raises the axe ... only to have Negan stop him. "You answer to me, you provide to me, you belong to me," Negan tells him, after totally breaking down our hero. "I hope for all your sake, that you get it now, that you understand how things work. Things have changed. Whatever you had going for you, that is over now," he tells the group, introducing them to their new normal.

Daryl is taken prisoner, as Negan warns them all that he'll cut him to pieces if they try anything.

The episode ends with a totally destroyed Maggie telling the group to go back to Alexandria without her. Sasha says she'll go with Maggie to The Hilltop, as the others agree to take Glenn and Abraham's bodies back home.

There's then a soul-shattering shot of what could have been, as we see everyone happily sitting around a dinner table. Abe is very much alive and Glenn holds his adorable son with Maggie.

This is a future that, sadly, will never be.

Damn ... right?! This episode will certainly go down as one of the most memorable and brutal of the entire series. It's also one that changes everything for our favorite survivors, who now must answer to a total maniac. In a sneak peek for the season, we see Rick say he's no longer in charge. The big question is: just how long will he stay that way?

Are you left devastated? Was the premiere all you expected? And do you think the show-runners made the right choices for Negan's victims? Sound off with who YOU would have chosen the comments.

We'll also be chatting with the episode's director and series executive producer, Greg Nicotero, as well as one of the victims tomorrow morning. Leave us your questions below.

Think you're a TWD superfan? Prove it: