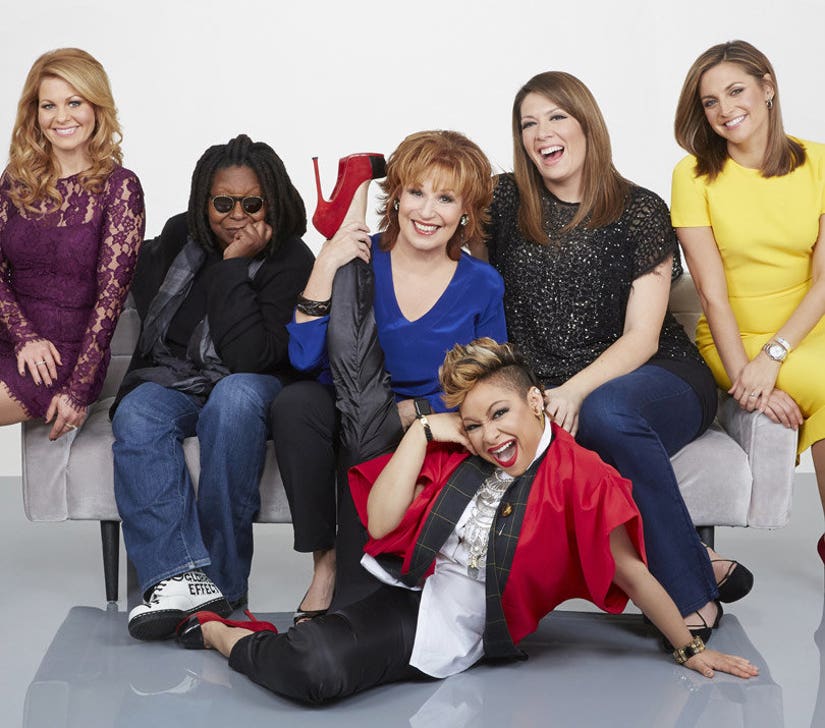 It was a bittersweet morning on "The View" today, as Raven-Symone had two very important announcements for the audience.

"I'm excited and sad, but mostly excited. I have an announcement to make. No, I'm not pregnant," she said at the top of Thursday's episode. "As you guys have noticed, I've been here on Fridays mostly, but that's because I've been working internally with the Disney company. I have a really big surprise you guys, I'm very excited. I used to do the show 'That's So Raven' and we're doing a 'That's So Raven 2.' I'm very excited."

The 30-year-old former child star went on to reveal that the show didn't have an official title yet, but would follow her character, Raven Baxter, as a single mom raising two kids. "One of them is going to learn she has visions," Raven teased. "I've been working with the Disney channel people and people from 'The View.' I'm executive producer, I've been super busy, that's why I haven't been here."

"The other side of it is that, I'm going to be leaving here," she continued. "I'm going to leave before the year is up. I've had such a great time. I just want to say, I've been on this panel with multiple females, I've had wonderful times with you."

Symone went on to thank the entire crew of the show, pointing out the cameramen, hair and makeup team, writers and producers.

"I've had such a great time, I've learned so much. I will say my experience here has been multidimensional," she said in closing.

The former "Cosby Show" star first joined the show in 2015.