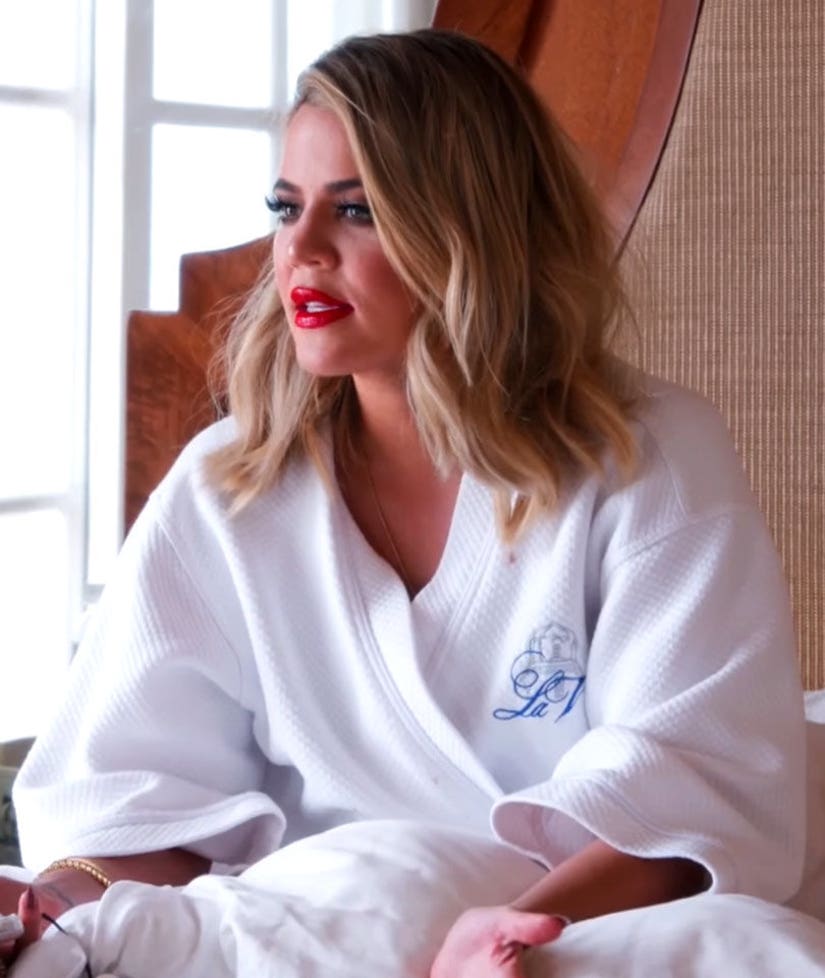 Rob Kardashian is not getting a free pass from sister Khloe Kardashian!

In a sneak peek of Sunday's "Keeping Up with the Kardashians," Khloe goes HAM on Rob for the way he's been treating his baby mama, Blac Chyna.

"We can't act like what he's doing isn't wrong," she tells sisters Kim and Kourtney Kardashian in the clip. "If this was any man that we were with, we'd be pissed."

"I don't even know what he's doing," an aloof Kourt says.

"He hasn't spoken to her in days," Khloe responds. "How dare you leave a pregnant ... you still need to check on her."

"Right, that's our brother," Khloe says. "Facts are facts, it's crazy how he is acting."

Khloe's anger comes after Rob decided to delete all traces of Chyna from his Instagram. In a second clip from Sunday's episode, Kim calls her bro's baby mama to see what's up with her "lunatic" brother.

"I've been trying to get a hold of my brother, and he's totally M.I.A.," Kim tells the pregnant reality star. "Oh, and then he deleted all of his Instagrams, like a lunatic."

"He does stuff to get a reaction," Chyna tells Kim about Rob's behavior. "He asked me about his business stuff and then I gave him my honest opinion, and then he got upset with me."

It'll be interesting to see how Rob and Chyna's drama plays out on Sunday! What do you think about Khloe's reaction? Sound off below and check out the gallery above to see more of the Kardashian family's hottest shots!