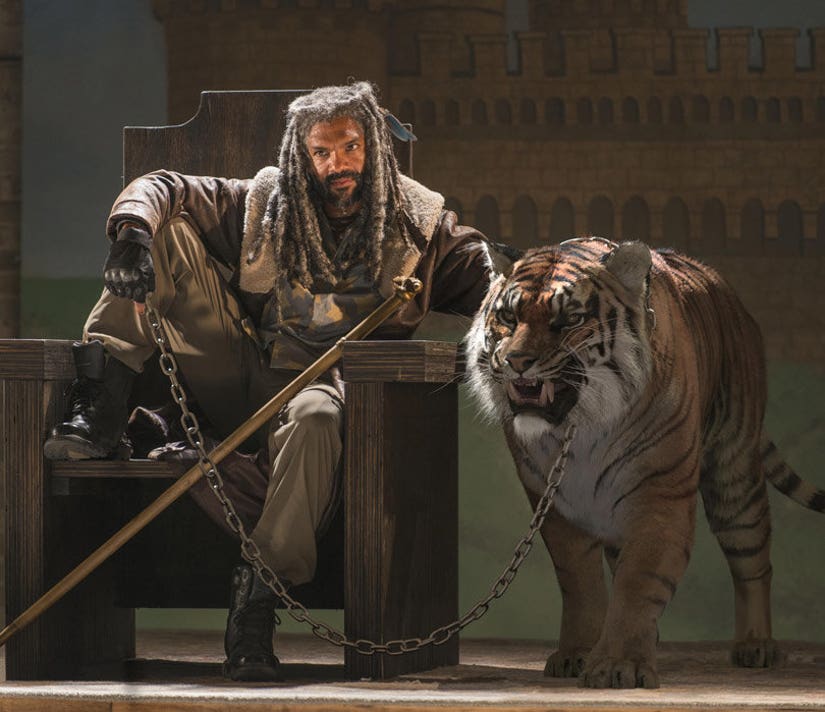 After last week's absolutely brutal and heartbreaking season premiere, Sunday night's episode of "The Walking Dead," thankfully, had a much lighter tone. And while Negan didn't show up this week, his influence was still felt over everything happening in The Kingdom.

Let's take a deep dive into "The Well."

The episode kicks off with a crew of armored warriors escorting Morgan and Carol back to The Kingdom, a new, seemingly-safe haven that appears a little too good to be true. When we first see Carol, she's still recovering from her battle with the Saviors, both physically and emotionally.

She wakes up after being asleep for two days, to find herself inside the walls of the new community, a mini-town filled with crops for farming, a school for children, movie nights and the one and only King Ezekiel. 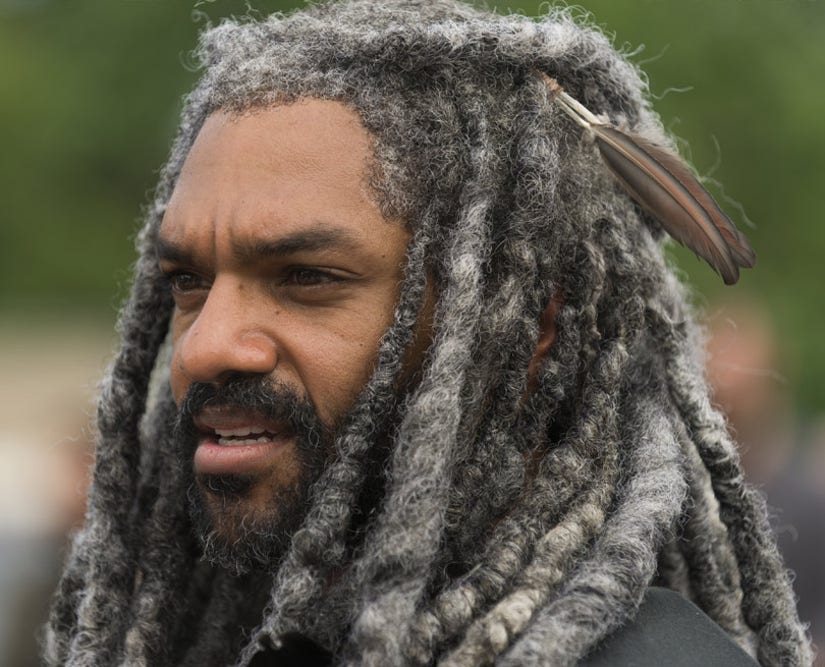 Ezekiel is the kind of guy who uses phrases like "Your words leave me pitch-kettled" and "We have matters of import to attend to," answers to "Your Majesty," rocks dreadlocks and, oh yeah, HAS A PET TIGER. Newcomer Khary Payton does an excellent job bringing this comic book character to life, with Ezekiel's Shakespearean language a far cry from the expletive-filled rants from Jeffrey Dean Morgan's Negan.

While he puts on quite a show as the man in charge, Carol's not buying it. Her reaction to his flowery speech, Shiva the tiger and offers of pomegranates: "I would be speechless if I wasn't already speaking. I don't know what the hell's going on in the most wonderful way!" That might just be one of our new favorite Carol-isms.

He invites them to stay while Carol recovers, asking that they help the community in return. "Drink from the well, replenish the well," the King tells the duo, giving us our episode title. 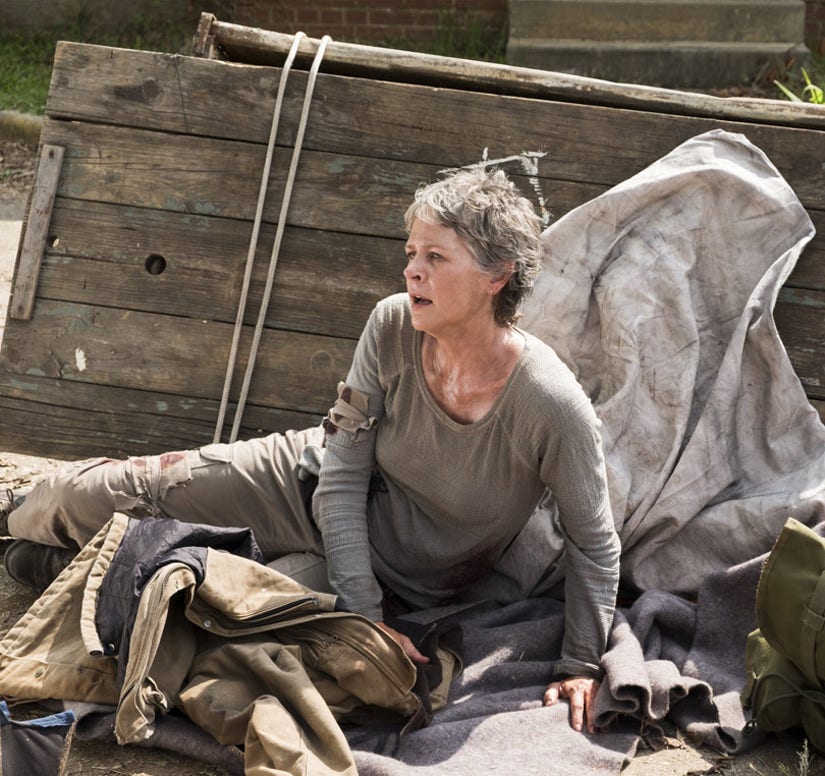 "You're s---ting me, right? This place is a damn circus," Carol exclaims once she and Morgan are out of earshot of the new ruler. "It's make believe, it's playtime. I can't do this. I won't. I'll wait and when you're not there to stop me, I'll go."

She means it too. Throughout the episode, we see her put on a show of her own, pretending to be happy and friendly only to steal clothes and weapons when nobody's looking. Carol manages to sneak past Morgan too, in an attempt to flee the colony ... but Ezekiel catches her.

The King says he sees right through the smiley facade she's been sporting in town, as Carol throws it right back in his face. "You're a joke, this place is ... you're selling people a fairy tale," she tells him. She's not wrong.

"Maybe they need a fairy tale," he tells her, explaining that "people want someone to follow" and he stepped up to the plate. Dropping his theatrical cadence, Ezekiel reveals that, yes, that is his real name ... but he's far from royalty. Before becoming King, he was a zookeeper who used to act in community theater, earning Shiva's trust by saving her after a injury.

"People want someone to make them feel safe. People who feel safe are less dangerous, more productive," he tells Carol. " They see a dude with a tiger, shoot, they start telling stories about finding it in the wild, wrestling it into submission, turning it into his pet. They make the guy larger than life, a hero. Who am I to burst their bubble?"

Carol still wants to leave, but Ezekiel isn't having it. "Out there, it's all bad, especially when you're alone," he tells her. "Where there's life, there's hope, heroism, grace and love." He offers up a solution where she can "go and not go," one she takes him up on.

Instead of fleeing entirely, Carol shacks up in an abandoned house just outside of town, where she can be alone ... but still close enough to The Kingdom if she ever needs company. Carol and Morgan share a sweet moment as she moves into her new digs, as he tells her she's "my favorite person I ever knocked out." Ezekiel later shows up with housewarming present: a pomegranate. 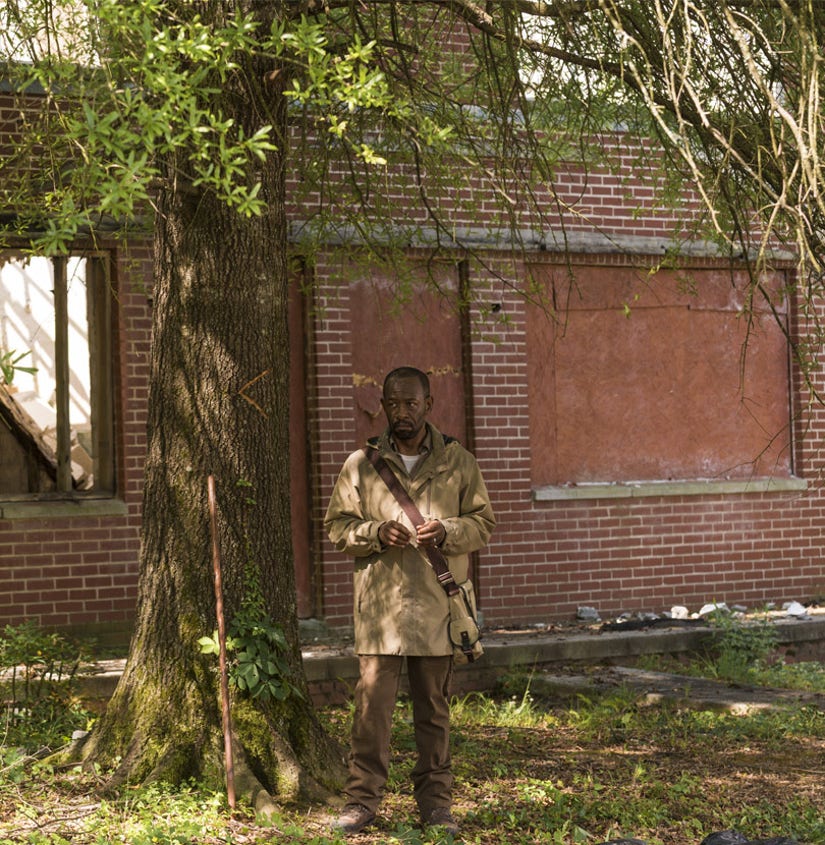 While that's all fine and dandy, the episode was not without its tense, Negan-centric moments. The new Big Bad stayed to the peripheral of the plot this week, but his minions swung by The Kingdom to issue a few threats.

You see, Ezekiel made a secret deal with Negan and the Saviors, agreeing to give them crop or livestock in exchange for their "safety." IE, they give him things and he doesn't kill them. Ezekiel doesn't tell his followers about said agreement though ... remember, he thinks "people who feel safe are less dangerous, more productive."

This week, the Saviors come for 8, "well fed" pigs. Unbeknownst to them, however, Ezekiel's right-hand man, Richard, fed them with nasty walker meat. As we saw with the Terminites who ate Bob's "tainted" leg, this shouldn't actually cause the Negan and his men any harm ... but it's still pretty gross.

Their interaction ends with a fight between Richard and one of the Saviors, making Richard the prime target for Lucille if they're short on their produce delivery.

It's only a matter of time until Negan makes a visit to The Kingdom to deliver some damage, right?

At this point, Morgan is training one of the community members on the art of the bo staff ... but it might be time to take these lessons out to the greater public.

And while The Kingdom definitely can't take out the Saviors on their own, our survivors now have connections in Alexandria and The Hilltop too. Looks like we might be gearing up to the comic's All Out War arc as the threads start to come together!

What did you think of this week's more humorous episode? And that choir, they were pretty good, right?