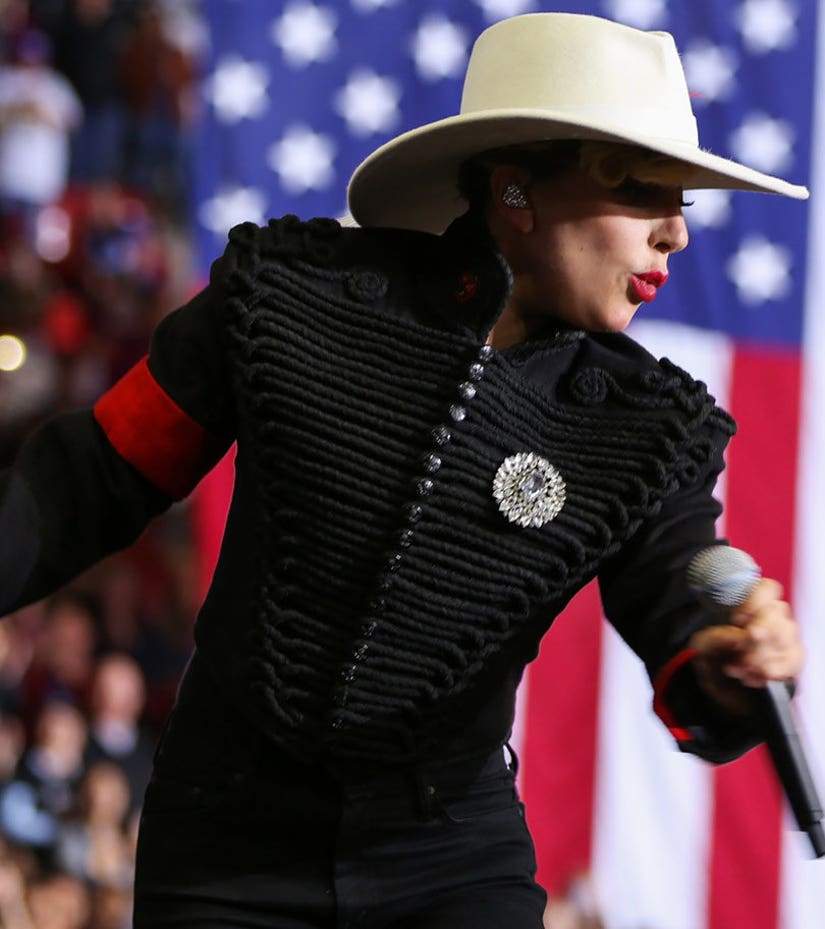 The singer hit the stage to show her support for the Democratic nominee in a black military-style jacket with a red arm band, rope detailing and red accents. She also sported a giant rhinestone brooch.

The ensemble immediately sparked some criticism online, as a lot of viewers chimed in on Twitter saying she looked like a Nazi ... not exactly the best look when trying to sway voters.

Lady Gaga, dressed as some sort of futuristic Nazi, is speaking at a Clinton rally as the first votes are cast.

Lady Gaga is dressed Literally like a Nazi...literally God help us if these ppl win.

Devil worshipper Lady Gaga is campaigning for Clinton in a Nazi outfit. I'm not making that up.

Michael wore an identical jacket to the White House in 1990, when he was honored as Entertainer of the Decade by the then-President, George H.W. Bush. 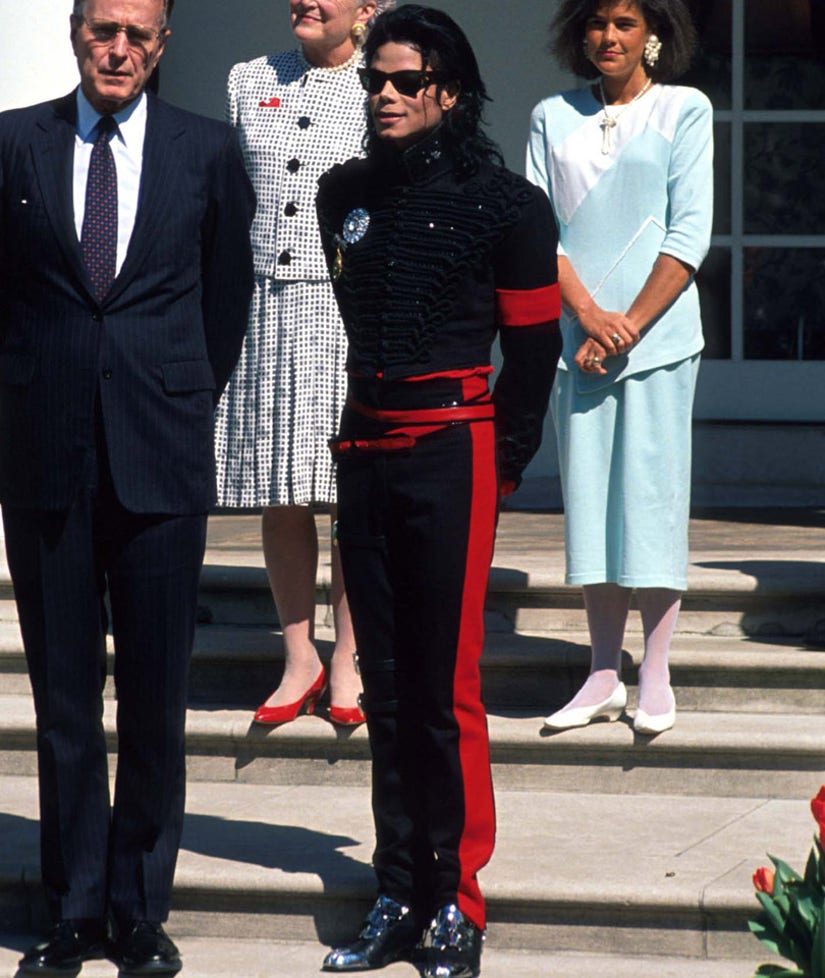 And if you're thinking to yourself, "Wow, she did a great job recreating that look," there's a good reason why her imitation is so spot-on: it probably is Michael's jacket.

The jacket was part of a 2012 Julien's auction, which Gaga purchased 55 items from. While we don't know for sure the singer bought this item in particular, it's a pretty solid guess. We've reached out to both the auction house and Gaga's reps to confirm, but haven't heard back yet.

"The 55 pieces I collected today will be archived & expertly cared for in the spirit & love of Michael Jackson, his bravery, & fans worldwide," Gaga said when she made her extravagant purchase.

What do you make of her stye? Sound off below!