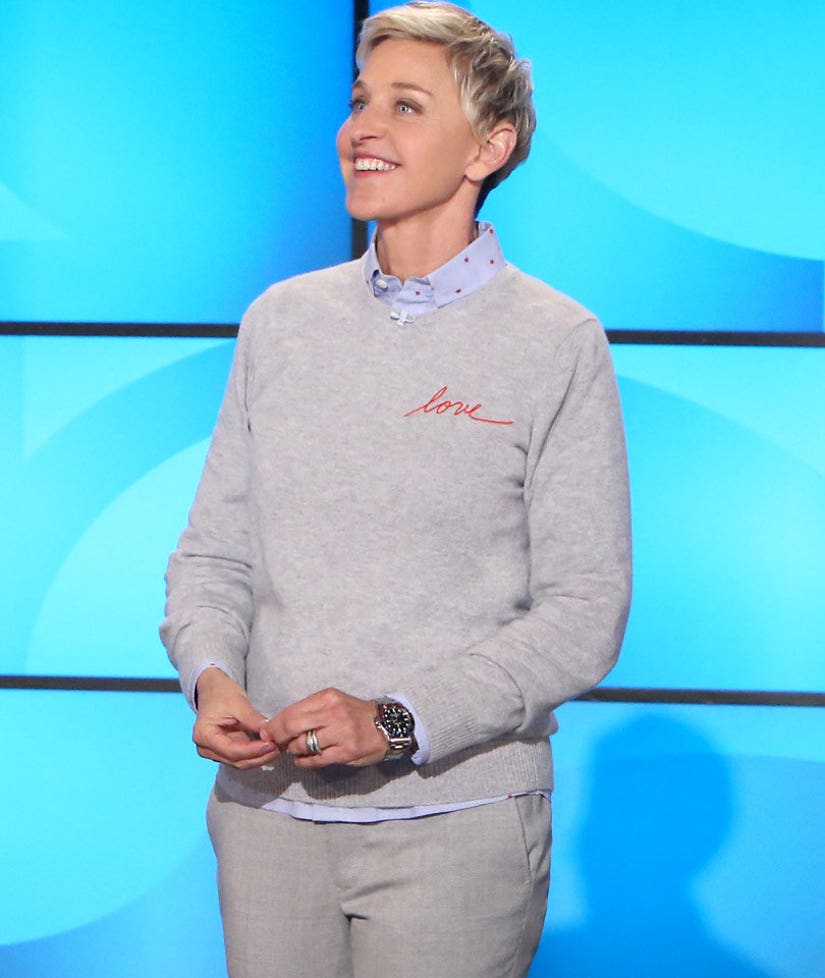 Ellen DeGeneres is trying to remain optimistic about the election.

While she filmed Wednesday's monologue before Donald Trump was announced as the President-elect, the talk show host made it a point to stress what really matters: respect.

"The truth is we're taping this show on Tuesday afternoon, so people at home you know something that I don't and that we all don't," she said as a disclaimer during her opening remarks this morning. "People have been very passionate about this race. And I think it's because we all love our country, we just have different ideas about what's best for it. Which is part of what makes America great. And I believe we can all come together because if you take away the labels, you realize we're far more alike than we are different."

It's here her trademark humor came into play.

"For instance, no matter what your politics are, we all have that feeling of stepping out of the shower and realizing you left the towel completely across the bathroom," she went on. "And you have to do that shimmy on the bathmat all the way across where you try to get the minimal amount of water trying to tip toe like, 'just that one drop of water will be there if I do it that way.'"

"We all do that thing where you're pulling into a parking garage and you duck your head just to make sure you make it," she continued of our collective commonalities. "It doesn't matter if you're a liberal or if you're conservative, we've all passed out watching Netflix and woke up not knowing what episode we're on, what season we're on, whose couch we're on."

"What I'm trying to say is that we have so much in common, our differences actually make us stronger," added Ellen. "We need to have the kindness and respect for one another."

Her one exception: people who leave shopping carts in the middle of parking spaces.

"Kick them out of the country," she joked. "Bring the shopping cart back!"

It'll be interesting to see if she'll address the election again on Thursday's show, after learning the results. DeGeneres tweeted this out last night before they were announced:

.@HillaryClinton, however this ends tonight I am so proud of you and so honored to be your friend.

So far, celebs have been very vocal with their reactions. Click here to see what Trump's celebrity detractors had to say last night -- and here to check in on his supporters.