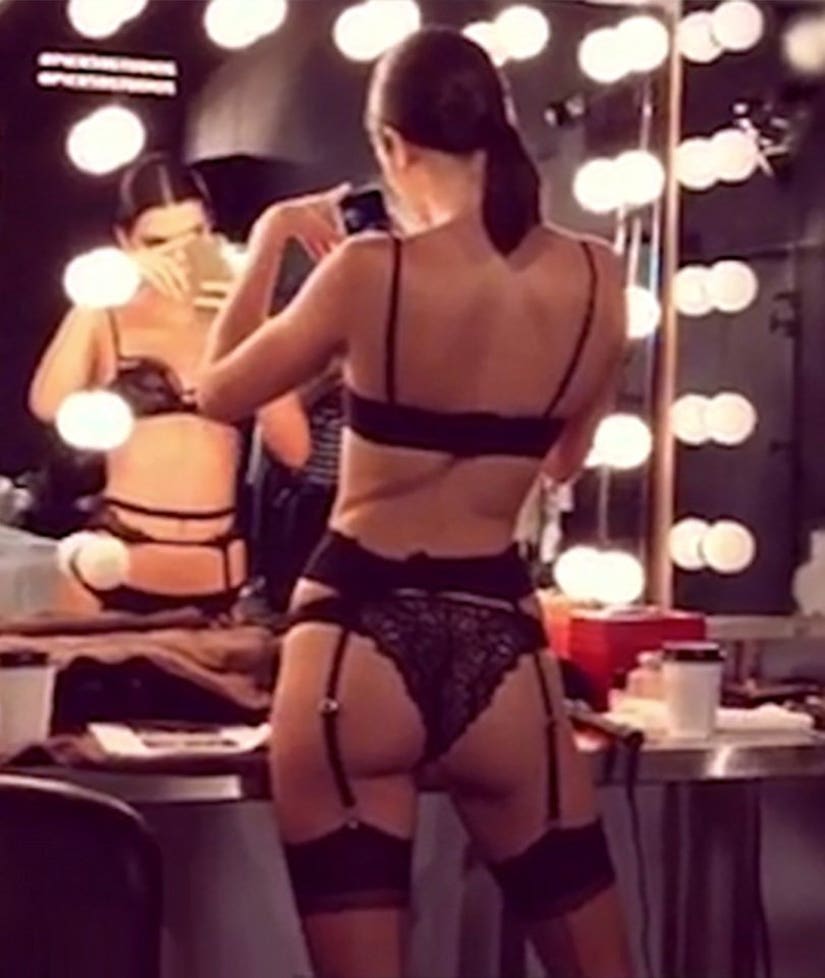 We've rarely seen this side of Kendall Jenner before, and boy, have we been missing out!

The smoking hot Victoria's Secret model shared a behind-the-scenes photo from her recent La Perla lingerie shoot, and if you think the photo is hot -- it's pretty much undeniable at this point -- wait till you see the accompanying video (yes, thank the heavens, there is live action going on here).

La Perla shared the vid on their channel with the caption, "Backstage action with @kendalljenner on set of the new #LaPerlaSS17 advertising campaign. #LaPerlaLiberation."

The lingerie set most prevalent in the video was made of black lace, and Kendall dons thigh-highs held up by suspenders, definitely adding some extra "oomph" to the look. Later in the video, she changes into a red lace lingerie slip.

"Kendall is the new star of this campaign and was personally selected by La Perla's creative director, Julia Haart to interpret the highly innovative path that the brand has set out on," says a rep for the brand. "Kendall's contemporary charisma adds an unmistakable touch to every garment, simultaneously highlighting the modernity and the relaxed, self-assured elegance of each piece she wears."

"Contemporary charisma" -- that sounds about right.

Check out some more celebs in lingerie in the gallery above, and weigh in on the comments -- what do you think of Kendall's saucy new look for La Perla brands?