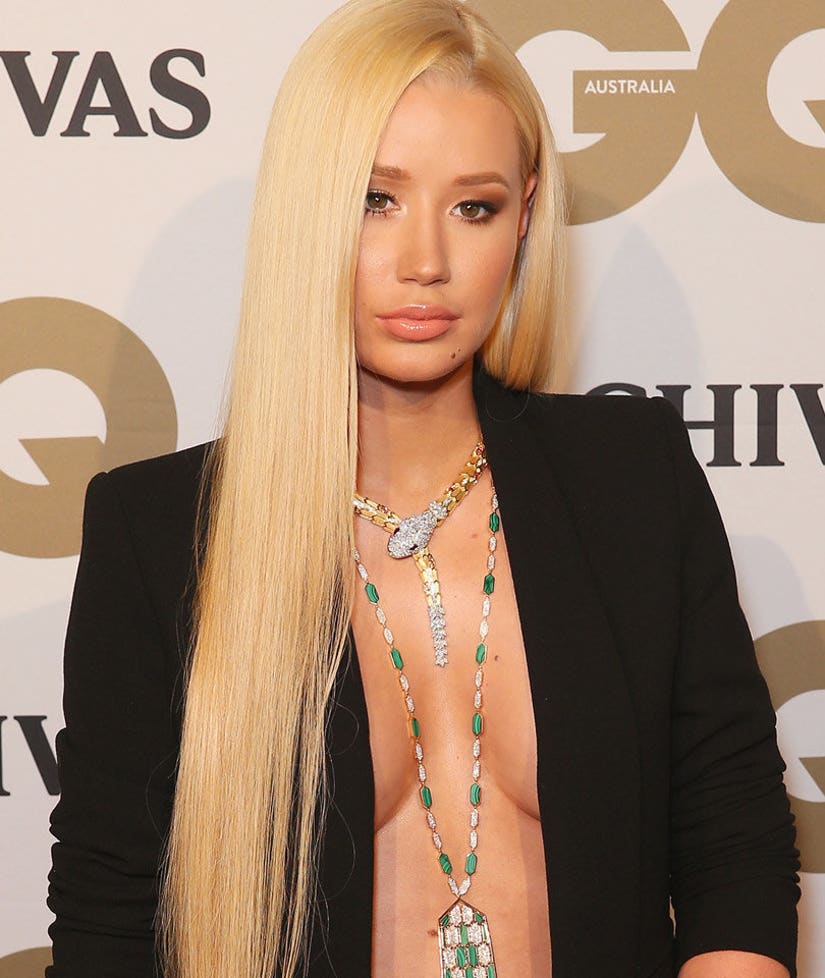 Iggy Azalea is very proud of her lady bits.

Not only did the Australian rapper hit the red carpet at the GQ Men of the Year Awards in Sydney on Wednesday flaunting her breasts in a blazer with nothing underneath, but she also took the opportunity to talk about her latest achievement ... down there.

When accepting the mag's award for Woman of the Year, Azalea couldn't help but crack a few jokes about what the honor means to her.

"Thank you so much. I didn't realize everyone was going to have such hilarious speeches and I didn't prepare anything this week. I just want to give a big thank you to GQ for this award," she began her acceptance speech. "I've won a lot of awards over the last few years, but this one means the absolute most to me because I can finally say I have an award winning vagina. Thank you."

GQ notes that the joke "went over the heads" of the audience, but referenced comments she made in this month's new issue of the mag.

"I'm excited [about my award]. I like to call it 'Vagina of the Year' though. I don't know why it cracks me up, I just think it's funny to reduce myself down to a vagina sometimes," she explained. "'Vagina of the Year' is a big achievement, number one Australian p----. People won't get the joke, but it's funny because [in the media] women are reduced to vaginas. Some days I'm a vagina, others I'm a human."

What do you make of her interesting speech and revealing style? Sound off below!