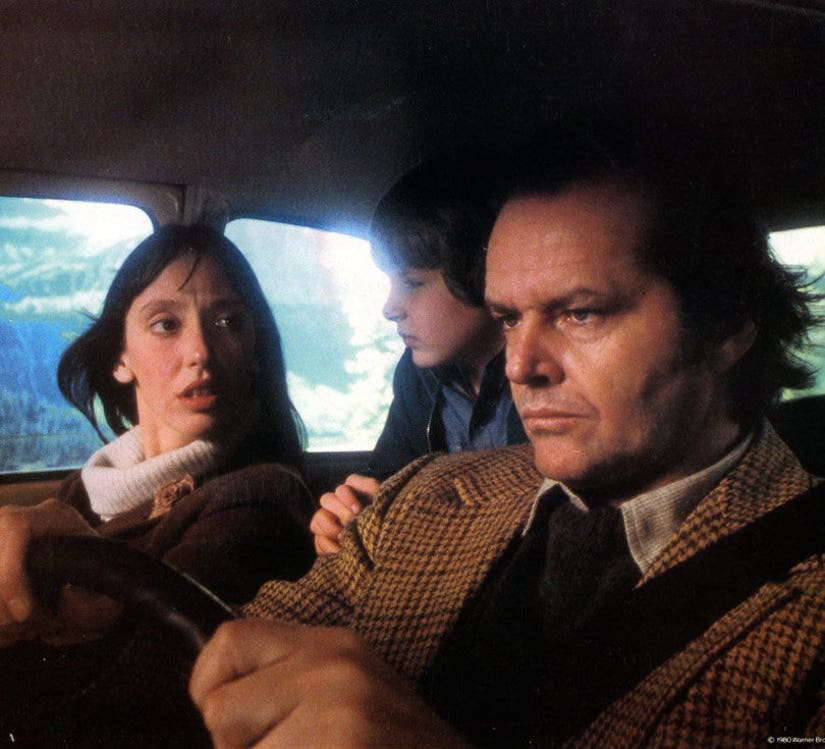 Dr. Phil's hour-long interview with "The Shining" star Shelley Duvall was uncomfortable to watch, following outcry from critics who called for a boycott of the show.

After a promo clip was releasing showing the troubled former actress alleging her "Popeye" costar Robin Williams never died and claiming the Sheriff of Nottingham was threatening her life, the show came under fire by those accusing Dr. Phil of exploiting Duvall's apparent mental illness.

So ... did the full interview paint a less exploitative picture? Not exactly.

Most of Friday's hour showed a conversation between Dr. Phil and Duvall, who went off on rambling tangents about the Bermuda Triangle putting hair on her chest and hornets attacking her spinal cord.

When asked if she was in good health, she cryptically replied, "If I say I'm healthy, first thing they'll do is hurt me tonight." On her happiness, she said she's sometimes "excessively blissful," like when she "realizes something that's really wonderful, that the animals are sentient."

She appeared more lucid while talking about her favorite film project.

"I had a great time on 'Popeye,'" she revealed. "It was so much fun. Robin, I loved Robin, he was so much fun to work with. All these people come up to me in interviews and say, 'What was it like to work with Robin Williams?' It was great, he came up with the best jokes out of nowhere, off camera." She then went on to say she doesn't believe he really committed suicide and thinks he's a "shape-shifter."

"I want to help you. I want to get you to some doctors who can really check you out," McGraw later told her, adding that he had been in contact with her family members.

She agreed to get help, after asking Dr. Phil to promise that "they won't murder me. I don't want to be strangled or suffocated with a pillow."

The show arranged to her to get treatment at Creative Care in California -- and, while in a car on the way to the center, she talked about her hopes for the future.

"[I hope] that I can get back on my feet again, I can see some of the people I really admired in film and television for old times sake," she told a producer. "I miss having my office. I miss working. I just want to make some good shows, it would be nice. I want to tell a lot of people thanks. Am I scared, sure I am. Of course I am."

While the last footage of her showed Duvall entering the center, Dr. Phil closed the show explaining what happened next.

"After 3 days, Shelley still refused to take any medications and wouldn't sign paperwork to treat her," he explained, adding that they arranged to have her taken back to her family and boyfriend in Texas.

"We are happy to report that we are now working directly with Shelley's mother and are providing Shelley treatment from a group of local professionals, who, due to her refusal to take medication, will use alternative methods to treat her," he added.

"We will keep you updated on her progress and hope -- hope, hope, hope -- that there is a happy ending to this story," he concluded, "we certainly wish Shelley the absolute best."

Stanley Kubrick's daughter, Vivian Kubrick, was one of the biggest critics of the episode -- and started a Go Fund Me page today to raise money to get Duvall help.

See some of the varied reactions to today's episode below:

I can't believe that the "Dr". Phil show would exploit mental illness in such a way. Disgusted, but probably shouldn't have expected better.

How many days until Dr. Phil is made Director of something in the Trump Administration?

So all he could do was send her back but he didn't forget the shout out to the facility for some extra $$$. #DrPhil

#DrPhil need to be called out on his BS. He ought to be ashamed of himself for exploiting #ShellyDuvall like this. Kick Rocks, Doc!

It's not just exploitation, it's ABUSE. Beyond what I've EVER seen on his show. @DrPhil #DrPhil. He can give her help without THIS. $$$$$$$ https://t.co/3qTmzONeJC

@PageSix Dr Phil, if you cared about helping Shelley, you could help her in private.

I've watched Dr. Phil almost everyday for probably 14 yrs and I've never been more disgusted with him than this Shelley Duvall episode.

@TheDrPhilShow @DrPhil Thank you for helping her. I hope you can. Please let her know we are thinking of her.