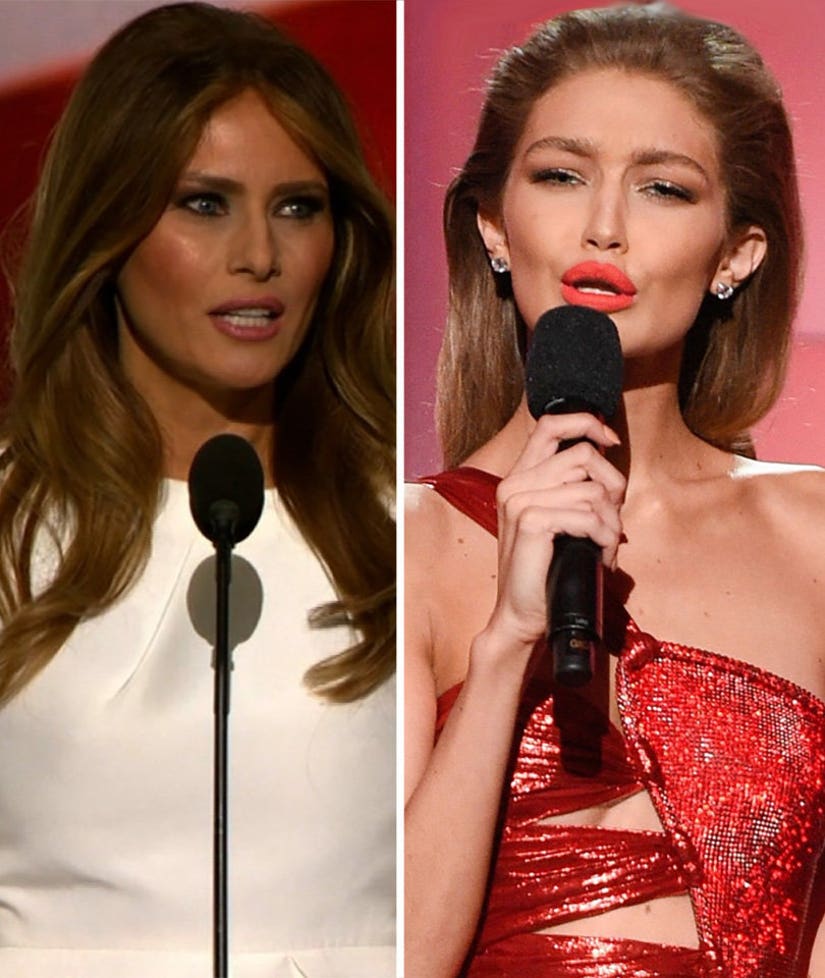 Gigi Hadid's uncomfortable Melania Trump impersonation at the 2016 American Music Awards set off some Twitter backlash -- and now, the model's apologizing for her actions.

After taking a ton of flak on social media, Hadid posted a handwritten note on Twitter to smooth things over.

The Victoria's Secret stunner penned, "I was honored to host the AMAs last night and to work with some of the most respected writers in the business. I removed or changed anything in the script that I felt took the joke too far, and whether or not you choose to see it, what remained was done in good humor and with no bad intent."

"I, too, have been at the center of a nationally-televised comedy skit that poked fun at my actions," she reasoned, "and was able to find humor in it. I believe Melania understands show business, and the way shows are written and run. I apologize to anyone that I offended & have only the best wishes for our country," she concluded. "Respectfully," she signed, "Gigi."

Weigh in on the comments below -- was Hadid's apology necessary? Sound off below!