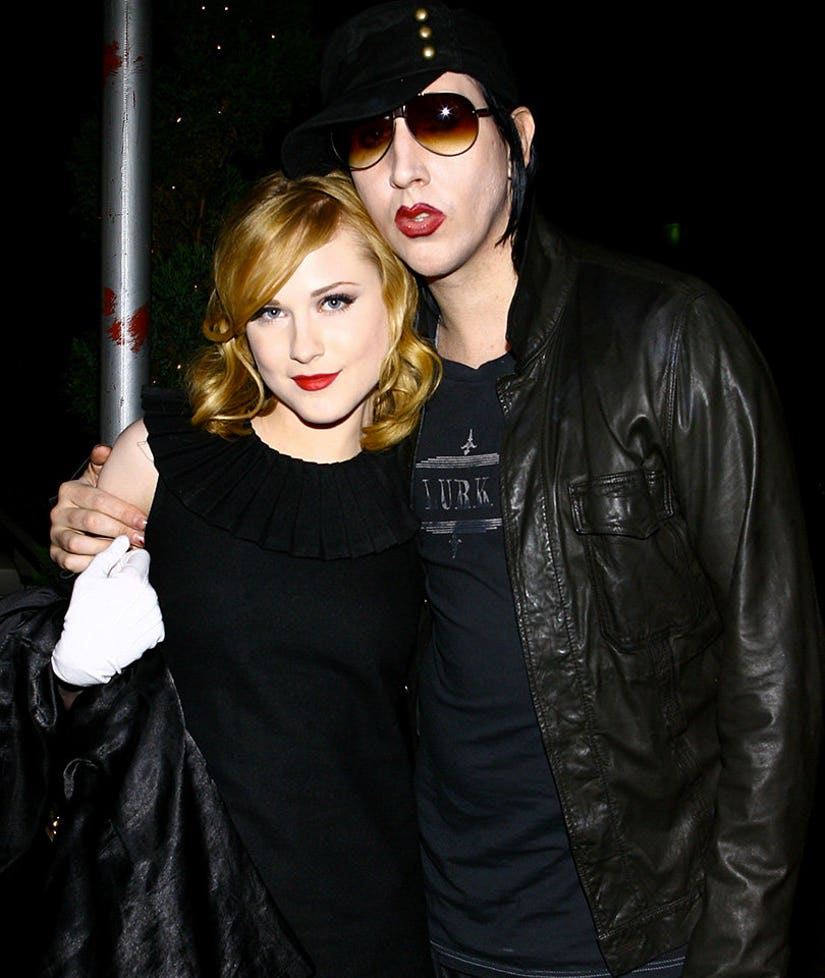 In a brand-new interview with Rolling Stone, Evan Rachel Wood reveals all .about her four-year relationship with Marilyn Manson, who was 17 years her senior at the time!

About the "Beautiful People" singer and their offbeat relationship, Wood said, "I met somebody that promised freedom and expression and no judgments. And I was craving danger and excitement."

She continued, "I looked at my mother one day and said, 'Mom, I'm gonna get on this tour bus for eight months and see the world and have a crazy journey and find myself, and if people aren't OK with that, I'm sorry, but I can't live my life for other people.' "

Wood claimed that the entire ordeal was a "learning experience," and that dating Manson was all about "figuring it out."

The "Across the Universe" actress revealed, "Most teenagers are searching for identity, and I was thrown into a situation where I was supposed to have that already figured out."

"Then you're demonized for figuring it out and getting messy," she complained. "People would call me a whore when I walked down the street, and you can't not be hurt by that."

Evan also got candid on her bisexuality.

"It was always talked about like a phase or something stupid, or something you were doing for attention," says Wood. "You know, bisexuality is worthy of eye rolls."

"And I didn't realize how damaging that was until I tried to have healthy relationships as an adult and realized that there was still all this shame and conditioning and stigma around my sexuality that was really affecting the way I related to people," she continued. "I think I was taken advantage of because someone knew there was something about me that they could exploit."

Wood claimed that giving birth to her son in 2013 was the ultimate game-changer for her, though, and it got her "out of her own s--t."

"I just couldn't be what I was not," Evan said.

She concluded, "... Your demons never fully leave. But when you're using them to create something else, it almost gives them a purpose and feels like none of it was in vain. I think that's how I make peace with it."

Check out more celeb couples with big age differences in the gallery above!