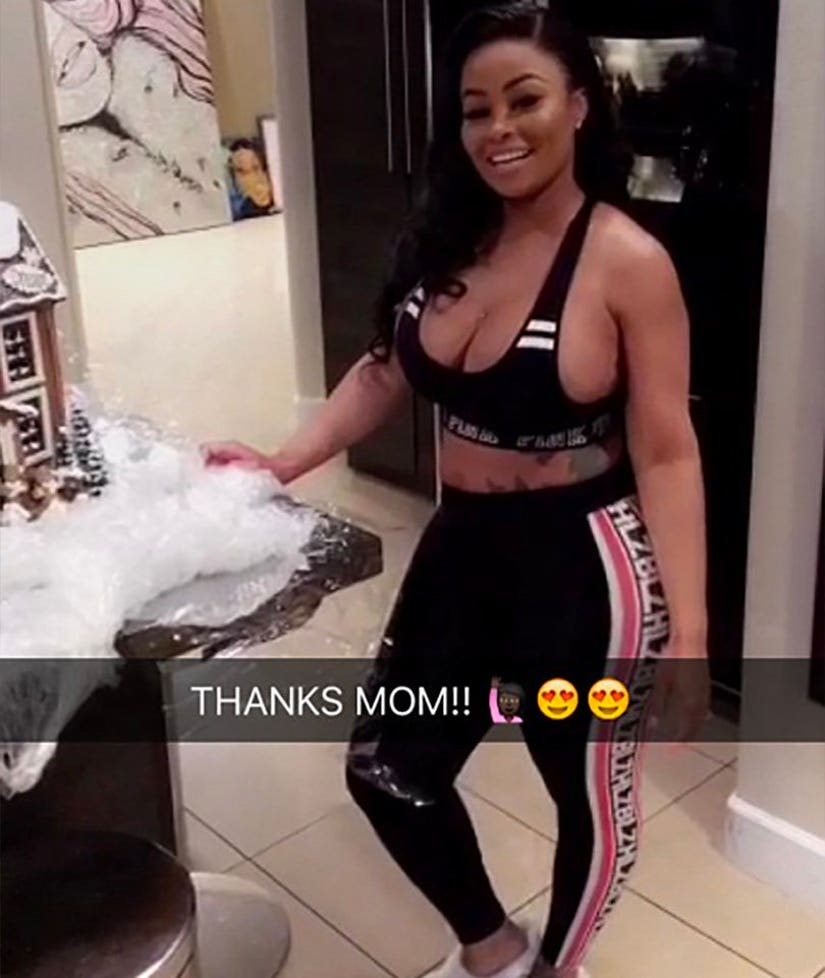 Blac Chyna flaunted some serious skin on Snapchat last night -- and all we can say is, "Dang, dang, dang!"

The "Rob & Chyna" star showed off her taut midsection in the video on Rob Kardashian's social page. And considering she had a baby less than three weeks ago, we're shocked -- this has gotta be one of the most impressive celeb post-baby snapbacks we've ever seen!

It's apparent that her bod isn't the only thing on the up-and-up lately either!

People reported that Rob and Chyna are simply over the moon with their little one, and her birth has ironed out a lot of their rumored relationship issues.

"Rob is super hands on with Dream. She's changed his life. She makes him want to be better. And he's spending a lot more time with his family," a source tells the mag.

As long as things continue down this yellow brick road, it looks like a wedding may be sooner rather than later, especially if we're to take Rob's Instagram account into consideration.

Just last night he shared a sweet snap of his betrothed on the social media page and captioned it with a bride emoji.

Check out the adorable pic below: