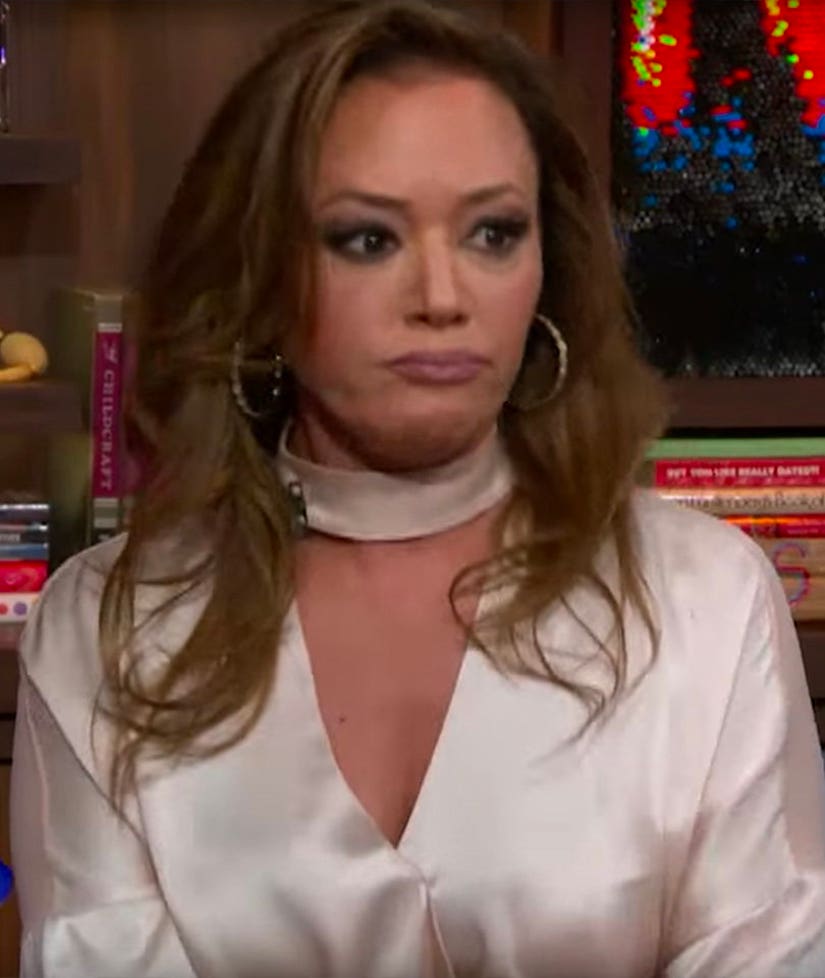 Leah Remini wasn't holding back at all on Thursday night's episode of Bravo's "Watch What Happens Live!"

The actress was asked whether pal Jennifer Lopez's shocking onstage kiss with ex-husband Marc Anthony at this year's Latin Grammy was to blame for Anthony's separation from Shannon De Lima.

"Absolutely not, that is not the reason," Remini told host Andy Cohen.

Remini, who was promoting her controversial A&E series that takes aim at her former religion Scientology, said Anthony's separation happened before the kiss.

But it sure wasn't very clear to fans who were absolutely shocked by the news of Anthony and De Lima's demise, especially considering the couple looked very much together on their social media pages in the days leading up to the Latin Grammys.

Over the last week, the only thing that's seemed clear is that Marc Anthony considers the entire kiss a joke -- based on his Instagram posts, which feature him kissing everybody he can lay his lips on ... no less than six people in the same IG sitting.

"I thought it was an innocent kiss between two parents and two friends," Remini said. "I love them on stage together and I love that they still perform [together]."

Fellow guest 50 Cent chimed in, saying the kiss was a "dope moment," and the former "King of Queens" actress agreed. "Dope moment. I agree," she said.

Conversation then turned to 50 Cent's ex Vivica A. Fox and her assertions that the rapper was gay because he encouraged backdoor action during their relationship. (Flashback Kanye West/Amber Rose, anyone?) But 50 Cent -- real name Curtis Jackson -- shook off Fox's accusation entirely.

"You let someone lick your ass and look what happened!" she yelled.

Watch the absolutely hilarious video (below) and be sure to hit up the gallery (above) to see Marc Anthony and J Lo before their split!