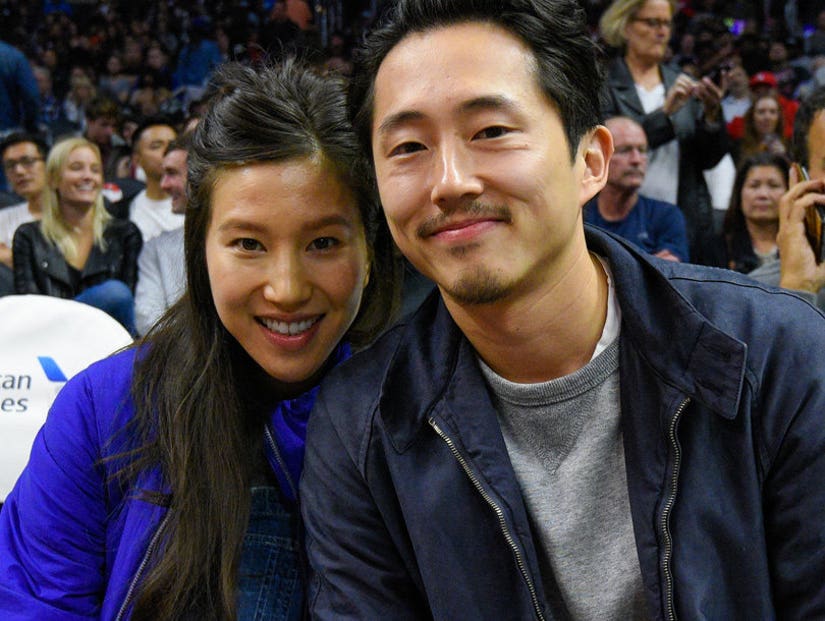 Steven Yeun is a married man!

While his "Walking Dead" alter-ego, Glenn, will never get his happy ending with Maggie after being killed off the show earlier this year, Yeun tied the knot with his real-life, longtime girlfriend Joana Pak, over the weekend.

The actor said "I do" at the gorgeous Paramour Estate in Los Angeles on Saturday, December 3 -- and many of his former cast members were in attendance.

Joana's sister, Kayce Pak, also shared a beautiful photo of the couple following the nuptials, along with a caption welcoming Yeun to the family.

"Getting to celebrate the love between these two, last night, along with all their friends and family was so beautiful and special," she captioned the photo. "This whole week has been an awesome, family-filled, fun time and it's been so great! (We've also gained a brother in-law from it!) #loveyouguys #pakpack."

Another photo from inside shows the big kiss:

And, in a final shot, Callies can be seen with Andrew Lincoln's real-life wife, Gael Anderson, before the ceremony.

Glad to see the cast is still so close following Glenn's demise. Congrats to the Yeuns!